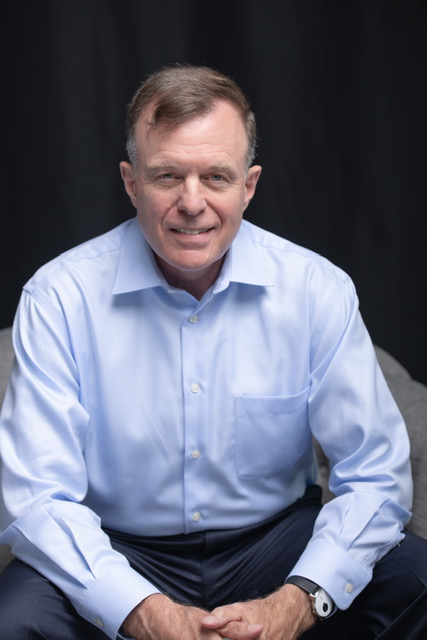 In anticipation of the audiobook release this week, we caught up with Army Lt. Co. (RET)  Brendan Wilson, author of ‘The Achilles Battle Fleet’ to pick his brain.

Aside from being an author and film producer, Brendan Wilson served as a Diplomat and Defense Planner in the war-torn Middle East for 40 years. Additionally, he ranks 8th DAN MASTER in 3 Martial Arts and won the Silver Medal in Taekwondo at the 2009 US Open.

WE LOVE THE MILITARY-SCI FI GENRE. HOW DID YOUR PERSONAL EXPERIENCES LEND TO THE CONTENT OF THIS NOVEL?
The novel has a number of thematic elements. Some of these were guided by my own experience, and others by an interest I have in that subject area.

Military operations: I was in the Army for 25 years and served as an artillery officer and Airborne Ranger. A good deal of the action involves the Alliance Marine Commandos. For this I drew upon some of my experience with both the artillery and Army special operations.

Military History: Many of the battles and tactics in the novel are drawn from historical battles. I was at one time an assistant professor teaching military history at the University of Colorado at Boulder. Military history buffs will see the parallels with Alexander the Great at Guatemala, Nelson at the Nile and Trafalgar, and the Pericles during  the Peloponnesian War.

Martial Arts: I have practiced the martial arts for 47 years, starting the day I got cut from my high school baseball team. Over the years I’ve competed, trained and taught others in martial arts. I have served as a team captain for military martial arts teams, and trained military body guards in weapons disarming techniques.  As a competitor, I won the silver medal at the US Open in Taekwondo forms at the age of 50. I drew on this experience to develop the character Mei Ling Lee, who is a martial arts competitor who uses her skill to help train the Marine Commandos and to fight during the raid on the enemy base.

Quantum Physics: Part of the theme in the novel is the speculative use of quantum physics to achieve near-instantaneous space travel. In this area, I am an amateur, never having worked in the area of physics. I do confess to being interested in the weirdness of quantum physics. Not to spoil it for the reader, but the storyline takes what I believe is probably an experimental view of the possibilities.

WHAT MAKES THIS BOOK DIFFERENT FROM YOUR TYPICAL SCI-FI NOVEL?
I wouldn’t want to disparage any other author’s work, or even make a claim that my novel is different or better. What I can say with confidence, is that the characters are realistically shown as being forced to work together under great stress. The combat, the fear of the unknown, and the great responsibilities placed on them, cause them to make decisions and, to a certain extent, transform into their true natures.

This process isn’t always good, pleasant or ennobling. Though none of the readers have fought a space war against an unknown enemy, they have certainly had to make difficult decisions in times of crisis (look at the pandemic). Those decisions have consequences and the person is changed in some way. I think many people will relate to what happens in the book, as well as enjoying it as an interesting and fast-moving story line.

TELL US ABOUT THE PROCESS OF MAKING AN AUDIOBOOK. HOW IS THIS ONE SPECIAL?
Wow, this was a great experience. My audio producer, Tommy Beardmore, and my editor, David Himmel, oversaw the recruitment and production of the audio version. They recruited Harmony Zhang to be the voice actor. She is a recent DePaul MFA graduate. She was perfect for the job. She handled the various characters precisely. In some scenes there are many different speakers, some with accents (Hungarian, Chinese, East African, southern US), as well as ages and genders. She nails it, a top notch professional. From my point of view as an author, I am delighted. I am convinced that listeners are going to enjoy the audio version.

YOU’VE LED SUCH AN INTERESTING LIFE. WHAT PROMPTED YOU TO REINVENT YOURSELF SO MANY TIMES?
That’s a very kind interpretation, thank you. I think of life as an adventure. I don’t want to come to the end of life and think, oh, man, I should have done more. Whether it’s writing, or ranger school, or a blackbelt test, or command of a fire base, or the bar exam, life presents opportunity. It is worth my best effort. Some of my favorites lines come from the song,  The Impossible Dream:

“And the world will be better for this

That one man. Scorned and covered with scars

Still strove with his last ounce of courage.”

WHAT IS YOUR FAVORITE PART OF THE WRITING PROCESS?
I think for me, the best part is when I get absorbed in the story while I’m writing. I can see it, feel it, smell it. Sometimes hours will go by and I haven’t even realized it.

Thanks so much for stopping by to chat with us, Brendan! You’re a fascinating guy and we can’t wait to read ‘The Achilles Battle Fleet’!

In what is sure to be a new classic in the genre of weaponized space epics, Brendan Wilson gives us a glimpse into a future teeming with impossible technologies, international intrigue and a power struggle to send your imagination reeling. Alliance officers Lieutenant Mei Ling Lee and Admiral Jay Chambers are navigating their starship flotilla back to the blue planet from the Achilles Nine frontier, only to meet with a dark destiny. The enemy looms as a triumphant cast of characters emerges to combat on multiple fronts both the juggernaut of terror inspired by neigh-unconquerable volatile quantum hybrid clone technology spawned from an internal spy network, and the hierarchy of brutal galactic martial law, which threatens to tear the Alliance asunder. With clean battle-ready authority, Wilson extracts a forceful and challenging stand-alone story to explore honor and valor high above a far-future Earth.

To know more about Brendan Wilson and his book visit: https://www.brendanwilsonwrites.com/