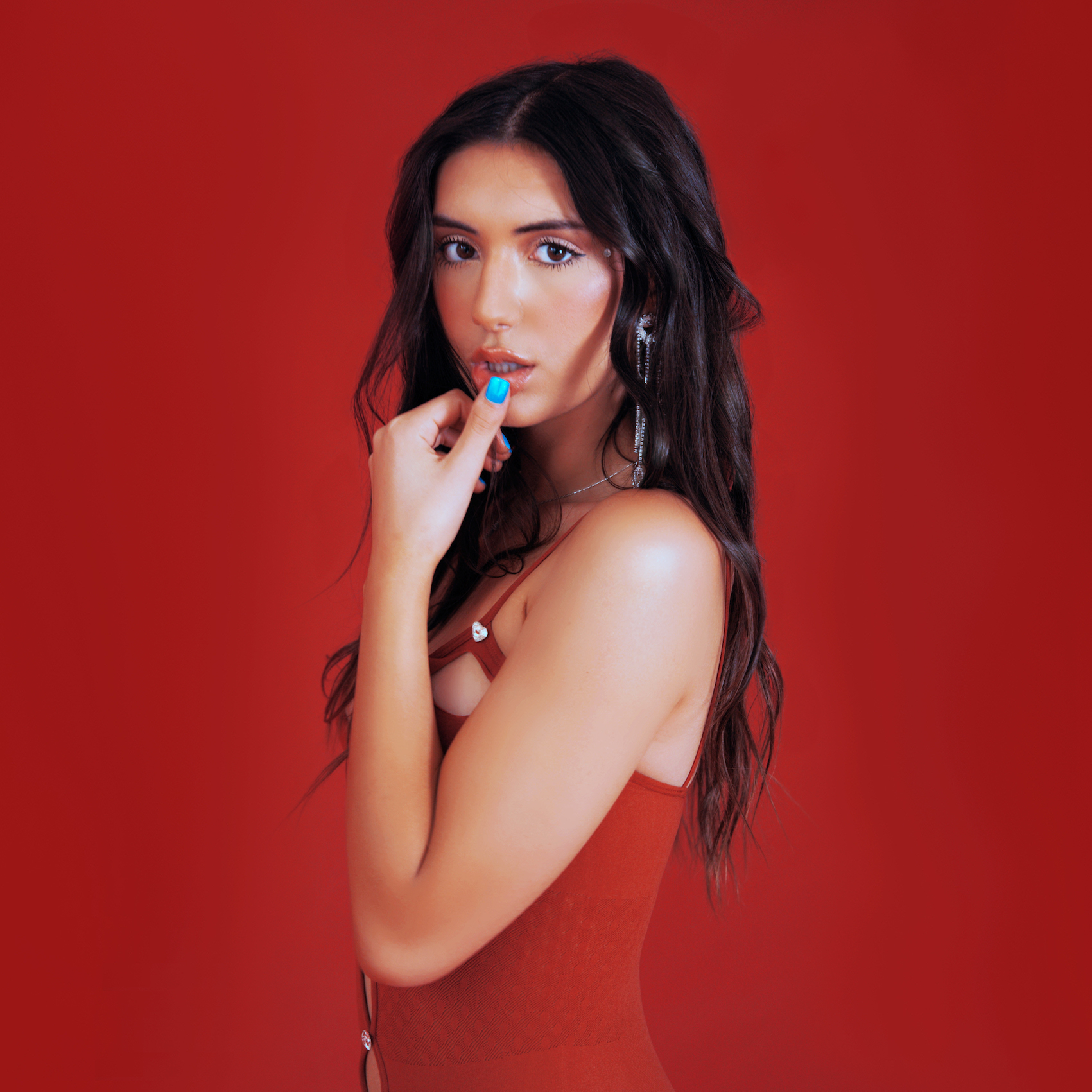 Juls is a pop singer/songwriter from Connecticut, who is creating a world radiating with starry eyes, ocean blues and true love. Her love for music began at just eight years old, when her dad built a stage in the basement for Juls and her sister. Instantly recognizing that performing and singing was her calling, Juls shares, “My sister Jacqs was my presenter, and I was the star of the show, prancing onto the stage in my sparkly bodysuits and 6-inch heels (Jacqs was my stylist and makeup artist too, of course). Quite a bit has changed since then, but one thing has remained the same: our shared love for music. Well, two things actually…Jacqs still does my performance makeup lol.”

With a burning desire to pursue her musical career, and with her sister at her side as her manager, best friend and “sisager”, Juls has quickly become a force to be reckoned with. She reveals, “We once believed that the dream worlds we were creating for fun would only ever exist within the confines of our basement. However, we are now turning these dreams into our reality, and we could not be more excited to share them with you all on a bigger platform.”

Taking inspiration from the likes of Taylor Swift and Lana del Rey, Juls is back with her latest release “Heartbreaker,” blessing listeners with her ethereal euphoria and her truly deepening soundscapes. Reflecting the dazzling movements of the ocean, her music metaphorically encapsulates the highs and lows of adolescence. She explains, “I wrote the hook of this new song in my bedroom in Los Angeles last summer. I distinctly remember looking out my window and thinking about how heartbreak has a butterfly effect of sorts; people never break more hearts than when they are heartbroken because they often turn to others to ease their own pain. This person may simply be looking in another’s eyes to erase the haunting memory of the ones they are trying to forget.. in the process, the people with fresh eyes may become heartbroken and taint themselves in a cyclical and sorta achingly ironic way. So I decided to write a song about this cycle of heartbreak and heartbreaking, building off of this play on words to create the hook.”

With a throbbing baseline, Jul’s vocals roar atop stunning instrumentalism, reverberating with her synth-inspired euphoria. Reminding people of the magic in the small moments, she continues, “Music is amazing because it creates internal distance from the outside world and offers listeners a reprieve to clear their head and sink into a different moment or feeling. I hope that my music makes someone, somewhere feel heard or understood.”

Garnering over half a million streams for her music to date, Juls has received critical acclaim from the likes of Wonderland Magazine, Variance, and several Spotify editorial playlists, as she rapidly becomes an artist to watch for this year and beyond.

DJ KnockOut Talks Bouncing Back from 2020 and Relaunching Grind2Shine Radio