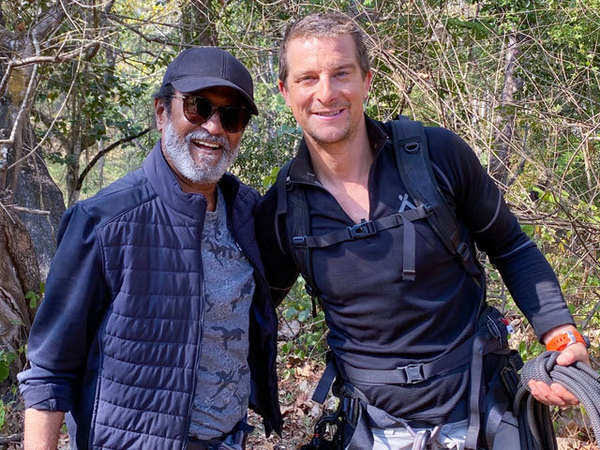 We all have seen the earlier edition of the documentary that featured Prime Minister Narendra Modi. That edition was shot at the Jim Corbett National Park in Uttarakhand in the year 2019.

Director, Bandipur Tiger Reserve, T. Balachandra said in a statement that Rajinikanth arrived on Monday and he is expected to leave by Tuesday evening. While Bear Grylls reached Bandipur on Tuesday morning but details about his itinerary are not known, said Balachandra.

Mr. Balachandra also said that they have only given permission for using cameras and a few other equipment that are required for shooting wildlife documentaries but there will be no use of heavy vehicles carrying generator sets that usually tag along with film crew. He further said that most of the sequences will be shot along the highway and a bridge while one sequence that was necessary will be shot while crossing a water body using a coracle.

According to reports, in December 2019, an agreement had been signed between the Karnataka Forest Department that is represented by the Field Director of Bandipur and Banijay Group, Seventaurus Entertainment Studio Private Ltd, Mumbai for shooting of the documentary. Even the team was also permitted to do a recce from December 27th to 29th as per the agreement.