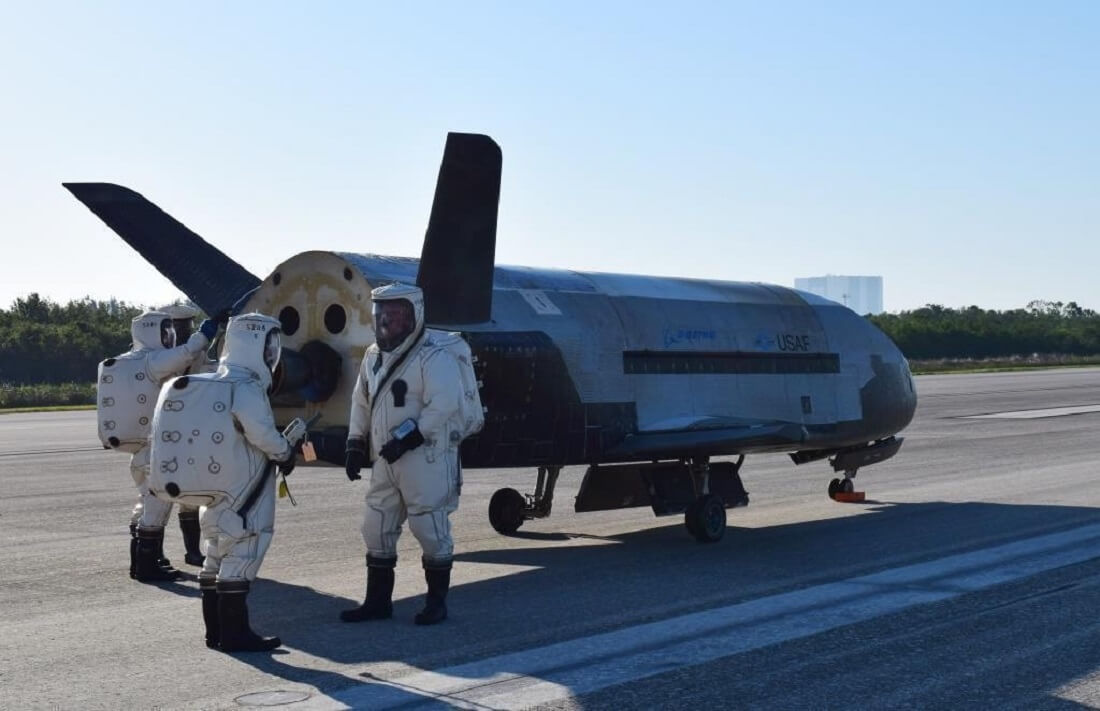 David Goldfein Air Force Chief of Staff Gen has announced successful landing of the Air Force’s secretive space plane, which was launched on Sept 7, 2017. Air Force’s X-37B Orbital Test Vehicle has returned on the ground after completing its record-breaking unmanned mission in space.

The experimental, clandestine space plane allegedly landed at NASA’s Kennedy Space Center in Florida on Sunday after spending more than two years in orbit. This secretive plane was the X-37B’s fifth space mission.

In a statement, Goldfein said, “The safe return of this spacecraft, after breaking its own endurance record, is the result of the innovative partnership between government and industry. The sky is no longer the limit for the Air Force and, if Congress approves, the U.S. Space Force.”

According to release, the space plane “conducted on-orbit experiments for 780 days during its mission, recently breaking its own record by being in orbit for more than two years.” The Boeing-built X-37B was first launched in 2010, the reusable X-37Bs have allegedly accumulated 2,856 days in orbit. Originally, the space plane however was designed to fly for just 270 days.

Director of the Rapid Capabilities Office, Randy Walden said, “This program continues to push the envelope as the world’s only reusable space vehicle.”

Further he added, “With a successful landing today, the X-37B completed its longest flight to date and successfully completed all mission objectives. This mission successfully hosted Air Force Research Laboratory experiments, among others, as well as providing a ride for small satellites.”