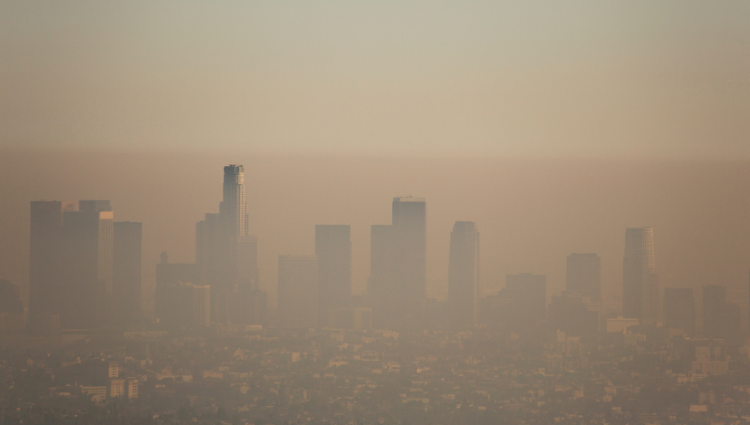 Air Pollution, Its Causes, And The Law To Prevent It

Air pollution is not new; all of us know about it and its adverse impact on our surroundings and health. However, most of us don’t know that air pollution is at its highest in October. Now the question is – why so?

Industrialization and urbanization are the major causes behind deteriorated air quality. Three million people in the world die due to outdoor and indoor air pollution each year, out of which the highest deaths are estimated to occur in India. According to the World Health Organization, India is one of the world’s topmost polluted countries.

The presence of air pollutants in the atmosphere is called “Air Pollution.”

What are air pollutants?
The presence of any solid, liquid, or gaseous substance (including noise) in the atmosphere in such concentration that harms human beings, plants, the environment, and other living creatures are called air pollutants.

Recently, Arvind Kejriwal banned generators in the city as generators are among the significant causes of air pollution. Especially in October, air pollution increases exponentially.

This is because October marks the withdrawal of monsoons in Northwest India. Once the monsoon withdraws, the direction of winds changes to northwesterly. These northwesterly winds carry dust from Pakistan and Afghanistan. The dip in temperatures, along with the change in wind direction, increases pollution levels. As the temperature goes down, the inversion height — the layer beyond which pollutants cannot disperse into the atmosphere’s upper layer also lowers. As a result, the concentration of contaminants in the air increases.

At the local level burning of domestic garbage, leaves, plastic, rubber tyres, wires and paper etc is also a reason for air pollution in your surroundings.

Still, the nation seems to go a long way to control air pollution; the government is aware but sleeping!

Remedy
Educating the public is one of the most important strategies for solving the air pollution issue. With the support of its local health departments and media, the government should launch campaigns to spread awareness at all levels.

Ripu Daman Gulati is Law Enthusiast; he has a doctorate in management and holds an LLM, MBA in Corporate Law and LLB from Lucknow University. Gulati is a senior citizen, and he is on a mission to educate everyone about their legal rights and law that can make our world a better place to live.