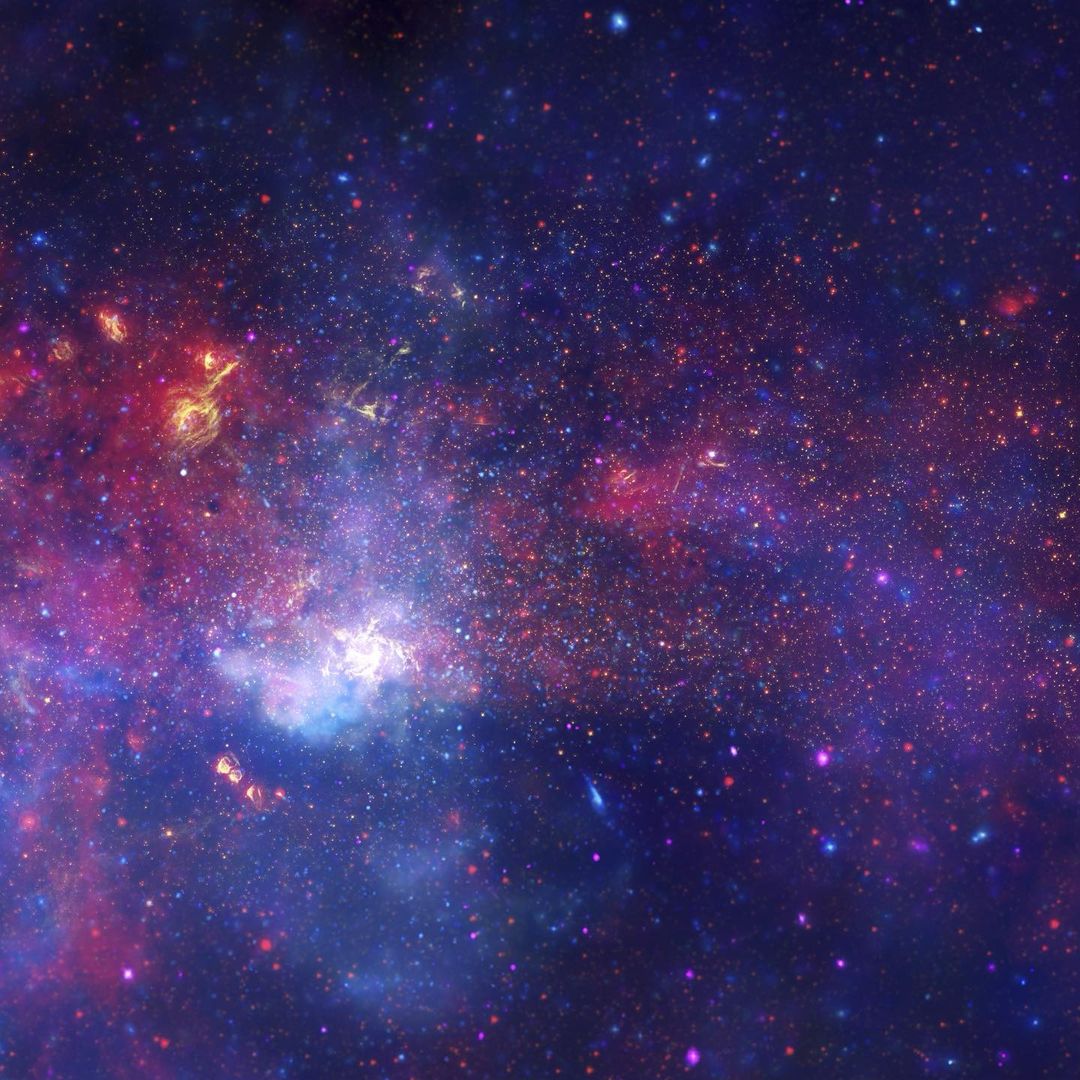 The Milky Way, the centre of our galaxy, is, in fact, an extremely congested region where the stars are packed closely together like subway commuters. The Spitzer Space Telescope image of the Milky Way galaxy’s core has been released by the National Aeronautics and Space Administration (NASA).

The image was acquired by the telescope using infrared and X-ray light spectrums.

The space agency posted photographs of the objects on Instagram and explained that “the telescopes peered through the dust and debris that hide the core of our galaxy, which is visible as the bright white region to the right and slightly below the centre of the image.”

The space agency stated in a description of the photographs, “This image is dominated by swirling red, orange, yellow, gold, pink, and blue hues. The centre of our galaxy can be seen in the image on the middle-bottom right. With the darkness of space as its backdrop, interstellar dust and radiation come together to form a dazzling tapestry.”

In addition to viewing our galaxy in visible light, Spitzer also observed it in infrared for a more thorough look. This revealed the galaxy’s tumultuous centre, which is home to thousands of stars and stellar nurseries, or places where new stars are born. The colours of Spitzer’s vision are red and orange.

Power Sportz is all set to Start its League Business

Transforming livestock manure and silage into biomethane could reduce NI’s…