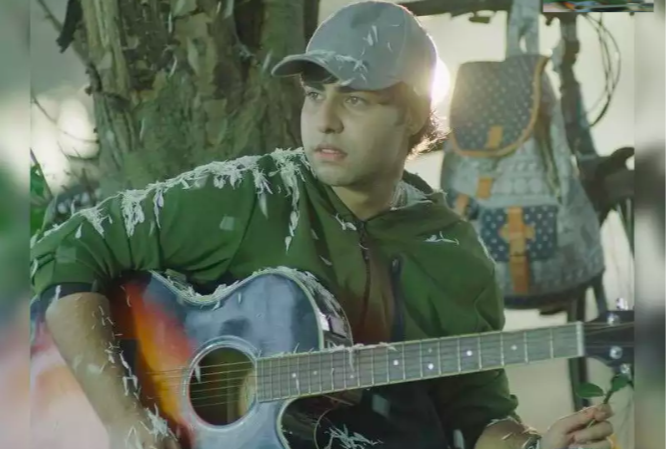 Anirudh Kaushal: A Punjab-level sportsman to make his Bollywood debut

From being a state-level sportsperson to a musician, Chandigarh boy Anirudh Kaushal is all set to break archetypes as he is to make his Bollywood debut in music by next month. “I wanted to appear for civil services entrance, being good in academics (he scored 91% in Class XII boards from Vivek High Chandigarh), but I was also very passionate about music. It was my father, a Punjab police officer, who dissuaded me from taking up civil services and pursue music instead,” says Anirudh.

He shot the music video of his debut song with Bollywood composer, Vipin Patwa, in Chandigarh recently. Anirudh has represented the state (Punjab) in tennis, cricket, badminton, and shooting following the path of his elder brother, Ajitesh Kaushal, a national-level shooter and also a cop. This Chandigarh boy is an outdoor person and not a ‘PlayStation kid’.

“My dad was also fond of music and would sing. That instilled an interest in music in me. Once people started appreciating my voice in school, I began learning music and in the last three years I picked up learning under a band in city,” says Anirudh.

He added that “I wanted to do something different in life, even though I got admission into Punjab University on merit. But to manage everything together, academics, with civil services entrance preparation, and music, was not very interesting, and I became a little frustrated. Before long, I decided to become a full-fledged musician only”.

Also a lyricist of his first track, Anirudh has featured in the video. “It’s a sad romantic song. I recorded it earlier in February this year, before COVID struck India. But got the chance to shoot the video only now when the crew came here to Chandigarh from Mumbai to shoot it. With very limited crew members, shooting the music video was a challenge. We even sanitised the locations in and around Chandigarh after we had finished shooting there,” says Anirudh.

When asked why he didn’t start with Punjabi music, as that being his mother tongue, he says, “That is because I always had the inclination for Hindi music. Though Punjabi is my mother tongue, I was exposed to Hindi music since childhood through my dad who sings Ghazals. I wanted to make music with a national appeal when I make my debut.”