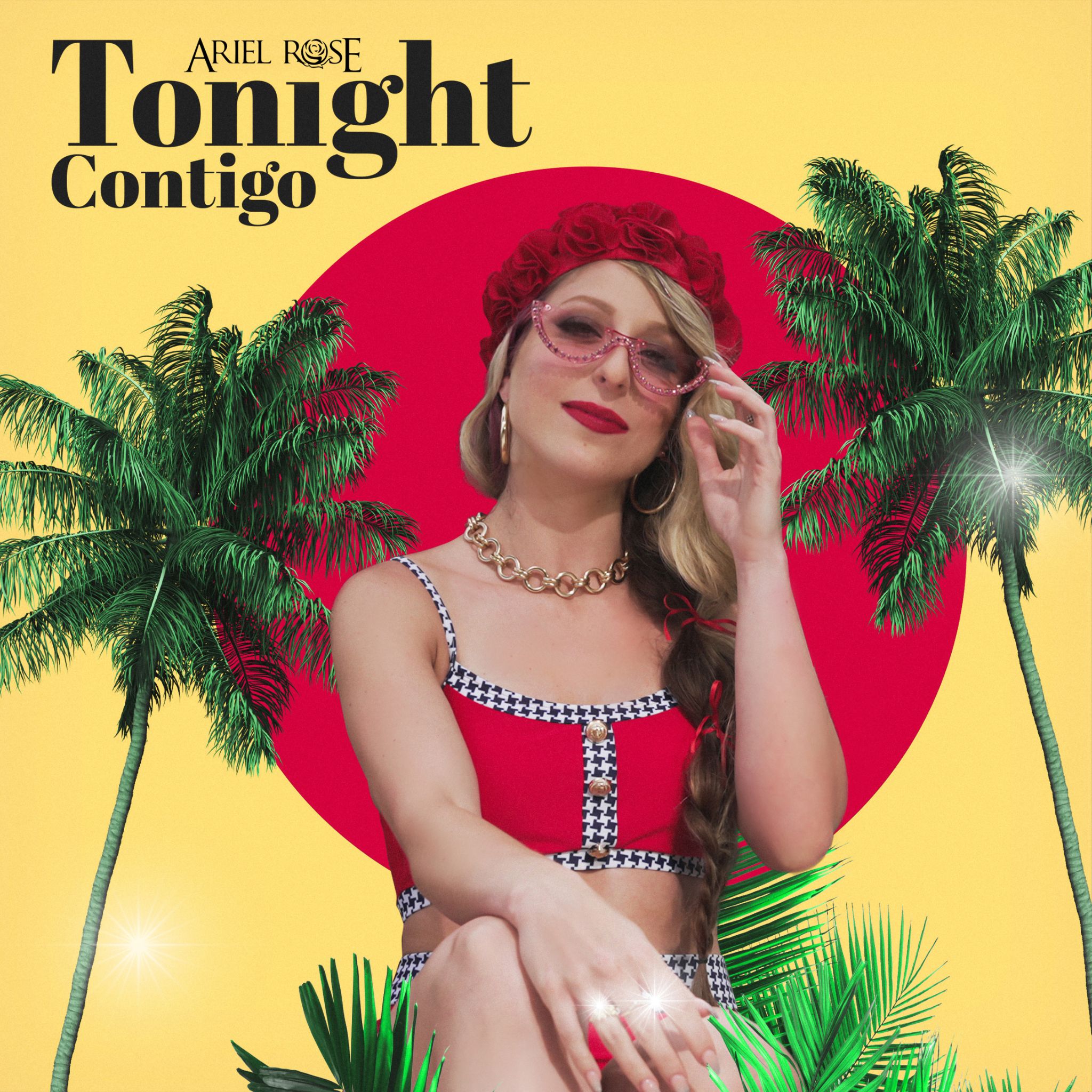 “Tonight Contigo” was produced by Mike Muñoz and Gio Fernandez — known for working with Prince Royce, and other notable artists. The track is a sexy, fun and fresh sound that mixes pop and trap with a latin beat. It features English lyrics and some Spanish phrases that talk about being hesitant to settle down until finding the person who changes that. “Tonight Contigo” is about a powerful woman who goes after what she wants but guards her heart. When she finally finds someone she’s interested in, she decides she wants to be with that person and explore the possibilities.

“I always thought that I’d be better off alone without anyone to hold ’til I saw you,” Ariel sings as she introduces the story in the song.

“Nothing I can do about it now / I’m falling in deep with no way out / I can’t control it / I see tonight contigo / Wanna see where we go,” she continues, seamlessly mixing these very relatable lyrics with her melodic voice over a Latin pop beat creating a universal experience that perfectly showcases her playful style and personality.

The music video, directed by JAROP & EESCO, was shot in Miami and portrays an extravagant and eccentric Ariel as a powerful and seductive woman who takes multiple lovers in her posh, luxurious lifestyle living in her mansion on the water.

“I knew I wanted the video to be lavish,’” said Ariel. “I wanted it to have a very over the top retro glam vibe while also showcasing the meaning behind the song. Instead of being with one partner, I wanted to have fun with it, and as the ‘master of the house,’ have multiple love interests. A lot of planning went into this video, especially creating the looks with my team. We had so much fun with it!”

After the release of her Visual EP, In Paraíso, in May 2022, featuring “Let Me Go” with Tony Succar, Kenyi, and LORS, along with her first salsa pop song, “Atrapada” with Tony Succar, Ariel Rose is back and better than ever with this next chapter in her career.