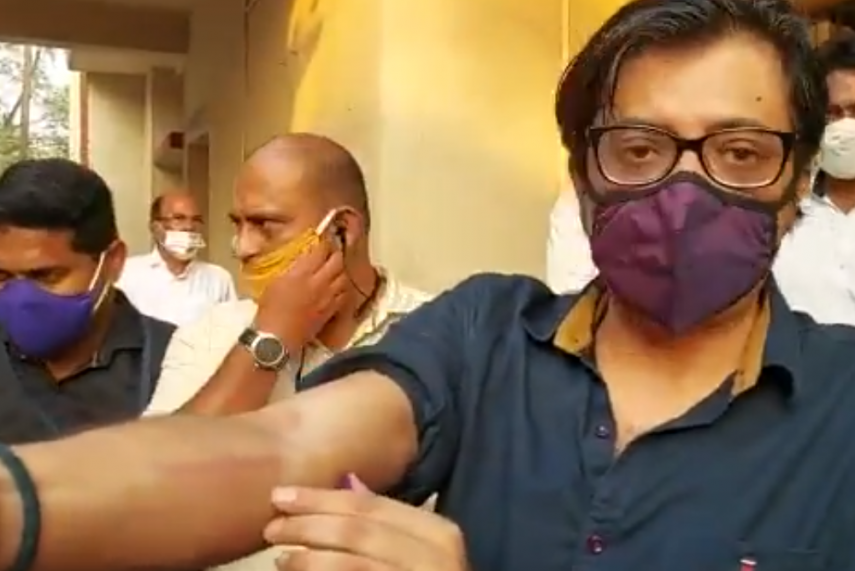 As we all know, Arnab Goswami, the Editor-in-Chief of Republic Channel and a renowned journalist of India, has been arrested by Mumbai Police for a closed case in the year 2019.

This is truly ironic; this arrest and humiliation of Arnab is not an attack on the 4th pillar of democracy, but also human rights are put at stake with this. I can’t believe that we are living in a democracy that too the world’s largest one.

Whenever something like this happens, the first question that hovers my head is – are we really in a democratic nation? Because by no means it seems so. Here, the ones who do all wrongs are given immense respect; here is the sample; take a look at the picture,

Mr. Salman Khan, who was arrested for a hit and run case, which he is responsible for and the whole world knows, is made to sit so respectfully. On the other hand, the person who has been standing for the truth has been beaten and thrashed. This means the ones who will speak out the reality, who will fight for the right, will be mistreated and mishandled, isn’t it?

Are we seriously living in India of 2020, or is it some British rule still going? I’m just confused about seeing the present condition. Every now and then, JNU and AMU rogues shout out anti-national slogans; nobody bothers to arrest them or punish them.

Another question that often disturbs me is about the role of the Central Government and Home Minister of India. Are those tweets by them enough, or is there any strict action that they are capable of taking against such a horrendous state government? These state governments of Maharashtra, Delhi, and Rajasthan have got so much power that they are fearlessly creating chaos in their respective states, and nobody is there to curb their actions. How come???

Frankly, I don’t know too much about our constitution; my knowledge is limited to whatever I read in my school about the rights and duties of an Indian citizen. However, as I grew, I learned about the reservation, minority groups, etc. and learned how unequally the majority is treated in its Nation. Is there any mention of positive things for ordinary people also? I am just inquisitive!

The guy who raised his voice against the lynching of Sadhus, against Shushant Singh’s sudden demise and so many other issues is sent behind bars for no reason. It seems we are living some Bollywood movie in real as I have seen all this in the film only, where – a compelling villain, who is a leader of some political party keep crushing those who raise voice against his wrongdoings. And the same is happening with Arnab Goswami also. Maharashtra Government is determined to throttle Arnab because the Govt. could not withstand his veracity, his candor because he knows that Arnab is becoming the Nation’s voice, because the majority supports Arnab, and because of so many such reasons. This is absolutely not acceptable.

It seems to be the beginning of the end of a very renowned party!!