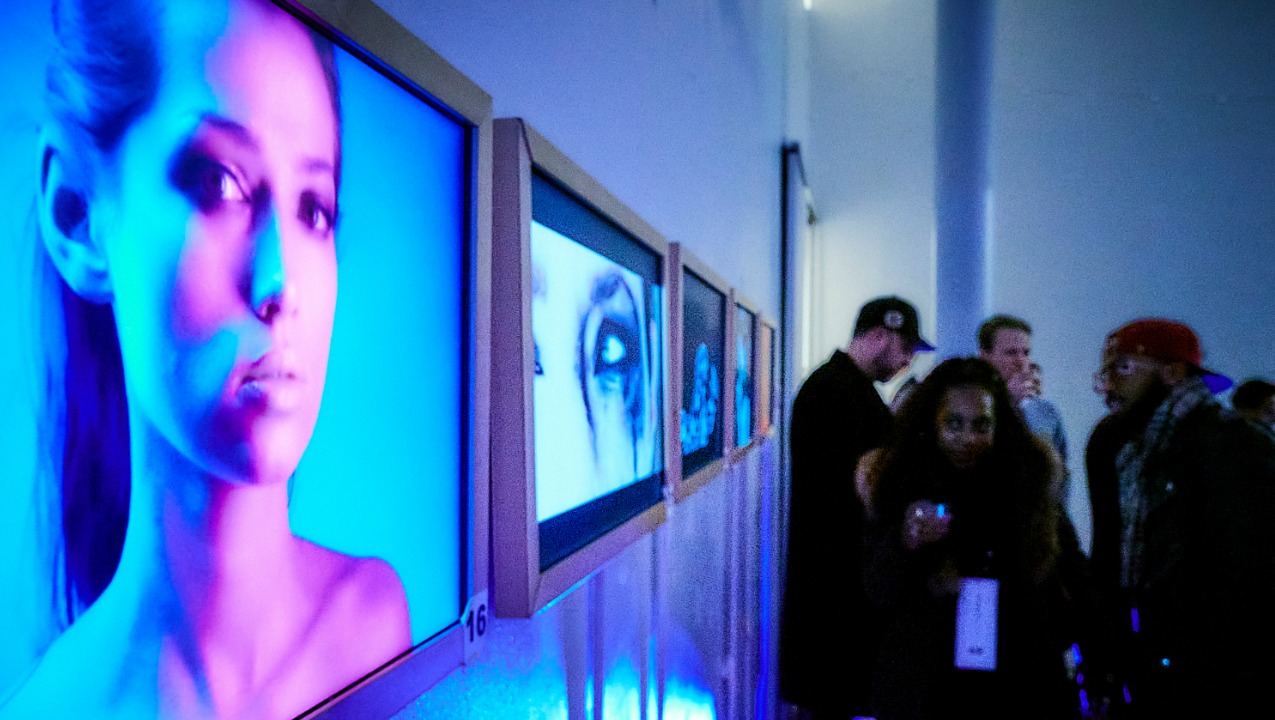 Many have been writing off New York’s art scene as dying, with numerous galleries unable to sell their trendy pop art, pay inflationary rents and closing their doors in recent years. The New York art gallery world may be in decline, but the much-anticipated solo exhibition last fall by Marko Stout highlighted why the city is still the center of the modern art world. Marko Stout’s sold-out exhibition at New York City’s famed Tribeca Gallery in the fall of 2019 has proven that the Manhattan art scene is still very much alive in New York. The artist astonished patrons with an amazing show of his newest works which included video pieces in 20 HD monitors, entitled “Erotic Allure Volume 3”. The opening night VIP party drew a huge crowd passionate fans that wrapped around the block. The event was also attended by the artist, his models, numerous celebrities, art dealers and collectors, local and international media, and art world insiders.

Being renowned in the art, celebrity and social industry is a hard and challenging thing. Rising on top of all three areas with your talent and skills tells a story of a dedicated, hardworking person that has reached that position by being unique and creative. One such name, that is highly appreciated in the New York circles is Marko Stout. The multi-talented visual artist is an example of how art does not know boundaries and limitations.

The beginning of his artistic career is connected to his then, living situation. His home was a houseboat in San Francisco Bay where he was closely living with his neighbor. This neighbor in particular, who was a trained painter by the Art Institute of Chicago, owned a gallery that was more than enough of inspiration for Stout to pursue a career in that field. His first pieces and works were sold in that gallery which opened the doors for his future success.

The uniqueness of his work comprises mixed media, painting, photography, video, new media, paintings, sculptures, and prints. Every piece of work he does has a special cultural reference and meaning which makes him and his work distinctive. The perfection is something he greatly strives for, especially in his metal paintings and sculptures, using materials that are strong and eye-catching and colors that are vibrant. Like every other creative mind, Stout is also known for not keeping a low profile when it comes to his appearance and sexy rockstar looks. The avant-garde creating style he flaunts, with the black outfits, aviator sunglasses and unique fedora hats makes him stand out and be his own original individual. That is another thing that makes him recognizable and highly appreciated in celebrity society.

In the city when all dreams come true and where is also hard to get recognized – NYC, Marko Stout has made a name for himself, both with his extraordinary art and personality. Lots of his work has been liked and associated with popular New York artists such as Andy Warhol, Basquiat, Jeff Koons and celebrities like the Kardashians.