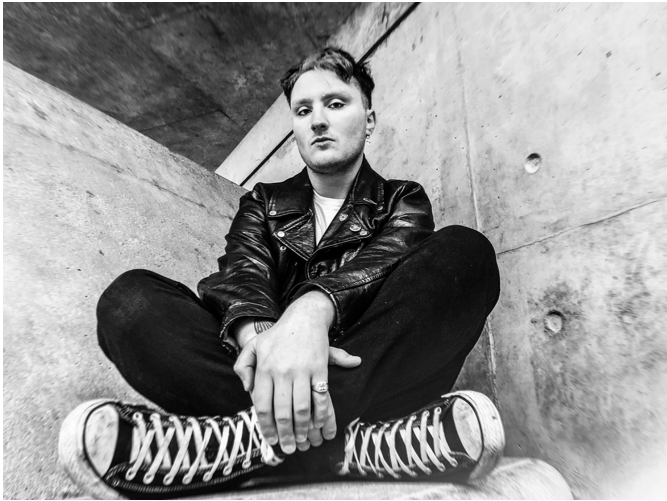 Known online as Santa Carla, artist and producer Reece Beveridge has spent the last few years under the radar as he continued his love affair with music. Spending this time away from the spotlight not only allowed him to finish his online studies with the renowned Berklee College of Music, earning himself a certification in Music Production, but also inspired experimentation and the freedom to create without the pressures of the public’s attention.

Now, with renewed confidence, he plans to finally see his incubated plans come to fruition. “2020 was one of the most intense years of my life in terms of mental health, the pandemic and my workload and now I just feel like it’s the right time. I’m comfortable in myself to showcase what I’ve been up to the past few years.”

Having always had what Reece describes as a “serious obsession” with music as he spent his childhood and teenage years between Edinburgh, Dublin and Dubai, he realised the importance of it early on – crediting artists like Placebo and New York Dolls with shaping his core identity. It was only natural that he would go on to establish his own band, especially after writing his very first song at around the age of fourteen. A year later, he started touring with UK bands and working on his own music  before kicking off his music studies at Edinburgh college.

With years of experience and invaluable knowledge of the music industry in his back pocket, Reece journeyed to Stockholm to find himself in 2020, continuously working and shaping plans for his future in music. “There hasn’t been a single day since the age of five where I haven’t planned something musically for the future,” he says.

So why now? The answer is simple enough. With 2020 throwing down the gauntlet, many people were put to the test emotionally and Reece aims to offer some reprieve, saying: “ I want to be able to provide something that can occupy even a few peoples minds and make them feel anything other than the negative emotions that have come from the uncertainty of the pandemic.”

Drawing inspiration from every experience, relationship and memory, as well as his love of cult and noir films, Reece’s new project is set to be an amalgamation of bands he grew up idolising, including The Cure and Placebo, whilst incorporating elements of the 2000s New York Indie revival, modern pop and electronic music. “I’m also really into what female pop artists are doing right now, so I’m sure there will be some kind of spin in that sense also, it’ll be quite interesting.”

Having collaborated with Grammy artists at Berklee whilst being mentored by award-winning producer/engineer Jason Stokes (Outkast, R.E.M., Mariah Carey and more) has set Reece up to grab every opportunity with both hands. Combined with his talent, experience and drive, he’s certainly one to watch. He’ll not only be writing and releasing music for this new project this year, but also setting up Santa Carla Studios where he’s set to work with cool new artists.

After years in the dark, Reece is set on claiming the spotlight this year and with everything he has planned, it’s never looked brighter.