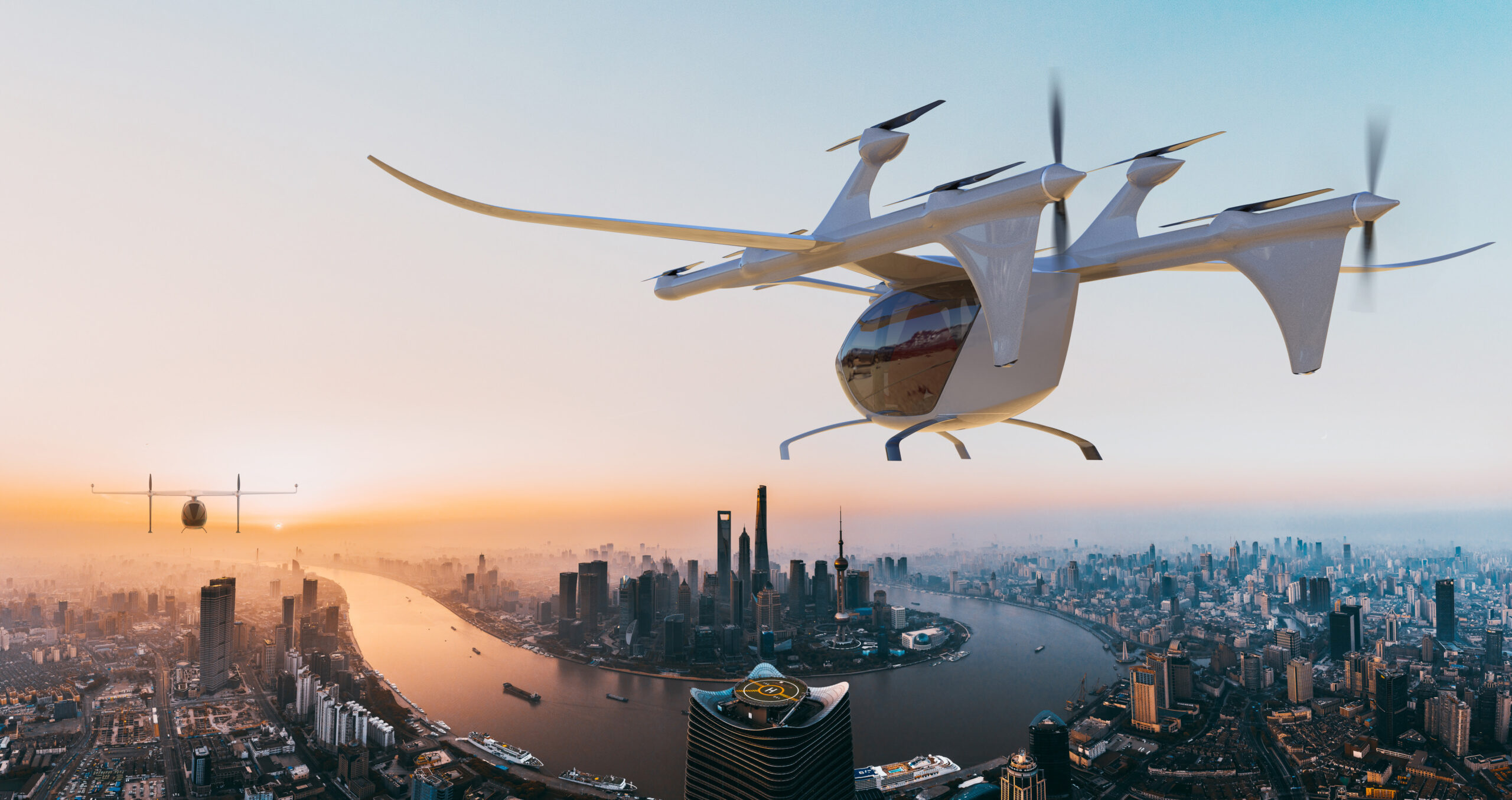 Shaping the future of urban air mobility: The tech company AutoFlight shows an autonomous passenger eVTOL aircraft: the V1500M. It will change the face of personal air transportation. AutoFlight debuted its autonomous fixed-wing passenger electric vertical take-off and landing aircraft (“eVTOL”) to the world at the China Airshow in Zhuhai.

With its sleek looks and innovative technology the V1500M doesn’t rely on runways and airports. It can vertically take-off and land anywhere anytime. Virtually any rooftop or flat surface becomes a vertiport. When it reaches a certain altitude, the power system turns on the dual prop pusher, so that V1500M is able to cruise at speeds of a fixed-wing airplane. And in low-altitude airspace, the all-electric design enables the aircraft to operate at a very low noise level.

As the energy consumption in the fixed wing mode is much lower than in the multirotor mode the V1500M can fly much further than any pure multicoptor eVTOL.

Being able to fly without a pilot, the V1500M’s uses eight lifting motors to take off and land vertically like a multi-rotor aircraft, and fly as far as 250 km when carrying up to four passengers. At the moment, a safety pilot is still mandatory. Yet as technology advances and regulations become increasingly refined, that space can later be allocated to another passenger or extra luggage.

“The V1500M is a milestone – not only for AutoFlight but also for the global development of the urban air mobility“, so Tian Yu, founder and CEO of AutoFlight. “Our company is committed to developing safe and reliable passenger eVTOL aircraft and helping to create a better mobility future.”

In terms of safety, AutoFlight with its rich experience in aircraft design, manufacturing and its dedication to make reliable flying cars, following aviation industry’s standards. The lifting rotor’s and prop pusher’s redundant power system guarantees that the aircraft could hover safely when two of the rotors malfunction. In case of one propeller failure, the other still ensures safe flight and landing. The V1500M also has an whole-aircraft parachute, which is designed to act as the last line of safety to protect passengers so they enjoy safe flying.

V1500M will accomplish its first flight in the near future. The goal is to certify the aircraft with the aviation authorities by 2024.

Tian Yu: “AutoFlight will keep contributing to the eVTOL industry. Through building safe, efficient, systematic R&D and AC processes, leveraging domestic and international resources and establishing partnerships across industries, AutoFlight strives to accelerate the practical implementation of eVTOLs in commercial applications and lead us into a better future with UAM.”

With its tradition and the experience, AutoFlight aims to create cost-effective, safe, and reliable eVTOL

AutoFlight is one of the earliest tech companies in China to start making autonomous eVTOL, including large payload logistic and autonomous unmanned aerial vehicles (UAVs). Logistic UAVs were introduced first. They have now accumulated over 10,000 hours of flight time and been tested in all kinds of extreme conditions.

AutoFlight is headquartered in Shanghai, with a passenger flight control system research center in Europe, a business solution center in Shenzhen, an operation and repair center in U.S., and a composite material manufacturing plant in Jining, Shandong. The company owns a diversified eVTOL product mix, with a focus on large scale logistic aircraft and autonomous passenger aerial vehicles.