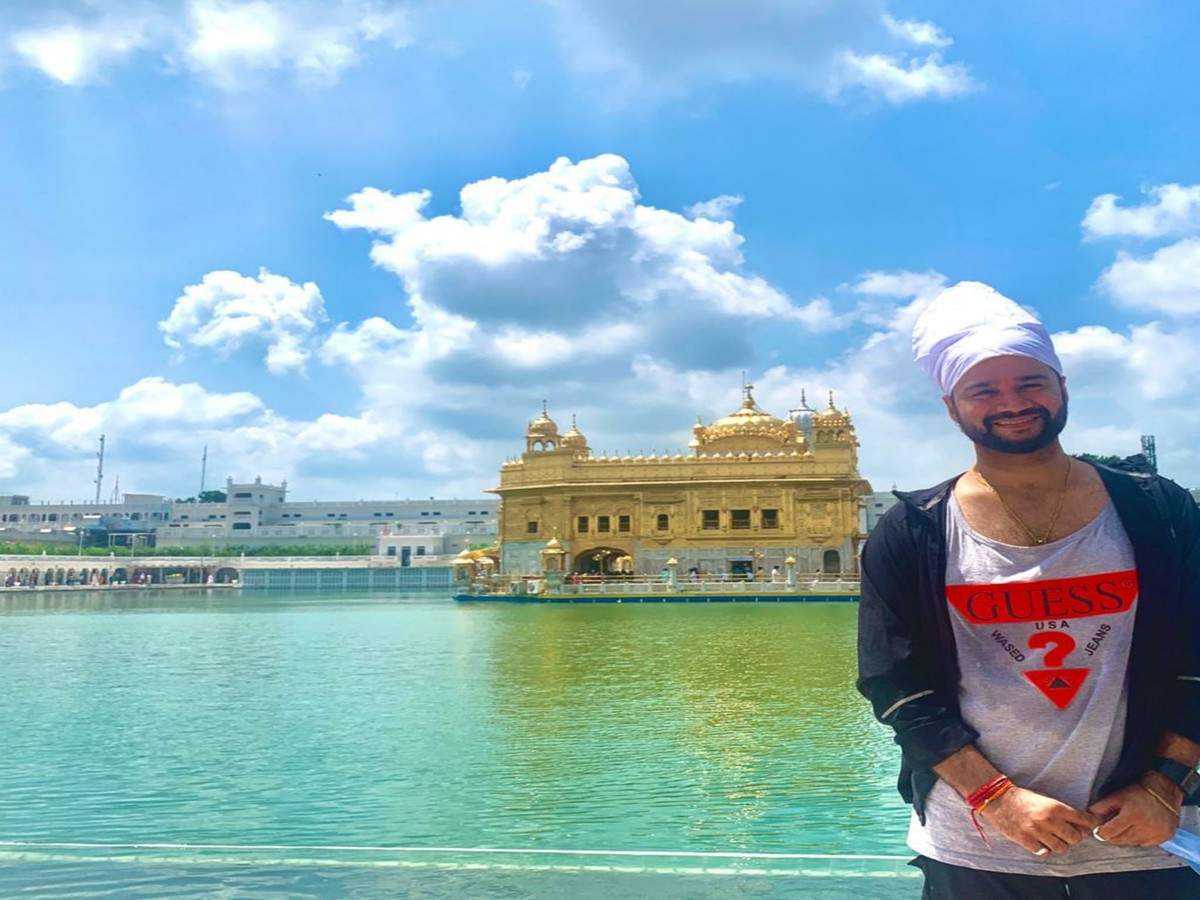 Balraj Syal, a famous stand-up comedian, actor, write and host, was recently in his home state Punjab to spend some quality time with his family before returning to Mumbai. He was last seen in the TV reality show, ‘Khatron Ke Khiladi’ (KKK) where he was among the top four contestants.

Balraj, on the last days of his family trip in the state, also visited the Golden Temple in Amritsar. He adds that last year, and in numerous ways this year too, has been important to him personally and professionally.

During this period, he has been a part of ‘Khatron Ke Khiladi’, ‘Mujhse Shaadi Karoge’ and ‘Apna News Aayega’. Becoming an entrepreneur, Balraj released his maiden song ‘Shukar Kar’, which was a tribute to actor Sonu Sood for his genuine contribution towards migrant labourers in the lockdown, and all the forefront workers working unselfishly during the pandemic.

As the ace stand-up comedian has achieved his important milestones of life, he wanted to give back his gratitude to the almighty, so he visits the Golden Temple.

“It is important for us to thank god whenever we can. I visit the Golden Temple during every visit to the city. These are testing times and we’ve all been through a lot, in times like these I attain peace and quiet whenever I go to the temple,” says Balraj.

As Balraj was in Punjab he had his suitable time to meet his other colleagues from the Punjabi entertainment industry. He shared pictures with Punjabi comic and character actor, Karamjit Anmol with the caption “Big brother, #chandigarh #home #colleagues #brothers #karamjitanmol #balrajsyal @karamjitanmol”.

Balraj Syal and Rajiv Thakur were one of the most appreciated jodis in Comedy Circus. They both got a lot of fame and name from that show. In a recent interview, where both were present, Balraj revealed that he noticed Rajiv first time at a youth festival. Stand-up comedian Rajiv Thakur also shared many secrets of Balraj in the interview.

Balraj Syal has been a part of several shows like Entertainment Ki Raat, Comedy Circus, Khatron Ke Khiladi and many others.

Here’s why Neeru Bajwa is the Queen of Punjabi Cinema

Urfi Javed took her fashion to a different level, wearing an outfit made from razor…