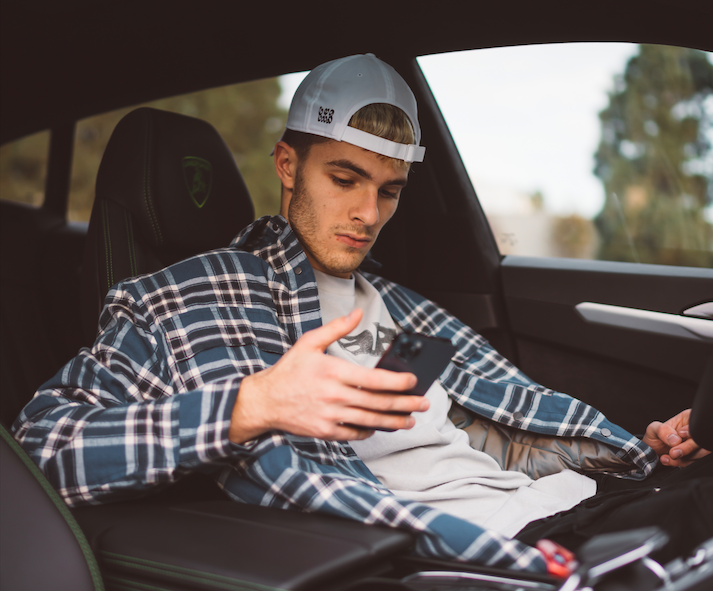 Blake Linder is a YouTuber, Filmmaker, and Sneakerhead with over 1 million followers across all social media platforms. The 19 year old self-made phenomenon has acquired a global audience by inspiring and entertaining his followers through his videos and love for streetwear and shoes. As a filmmaker, Blake uses his YouTube to make videos and films that are entertaining but also address and tackle social issues through bringing light and positivity.

We had the chance to catch up with Blake and get a one on one interview.

TELL US A LITTLE BIT ABOUT YOURSELF.
I grew up in Los Angeles and it all started with a pair of sneakers that were gifted to me by my dad in fifth grade. It was a pair of Zoom Kobe 6 Proto ‘All Star’s’ to be exact, Kobe was always my favorite basketball player and would play a lot with my dad. Along with basketball, film was another passion that I developed when I got my first camera which was a Sony Handycam DCR and was what I used to begin my YouTube Channel journey filming vlogs and sneaker-reviews. When I was 15 years old, my channel really started growing and gaining subscribers which I used that money to invest in my sneaker collection. As my channel grew I had the privilege to take trips all over the country to sneaker conventions and get sponsorships and brand deals. Currently, I am studying film at Dodge College of Film at Chapman University and focusing on my career as a filmmaker.

Let’s talk about the work you do.

WHAT DO YOU SPECIALIZE IN AND WHY SHOULD SOMEONE WORK WITH YOU OVER THE COMPETITION?
I believe I’m one of the youngest people within the sneaker community that 100% filmed and edited all of my own YouTube videos and went on to get accepted into one of the top 5 film programs in the world! Most Sneaker YouTubers don’t go on to college and specifically don’t address social issues to help bring awareness to others such as Xavier, a young fan I met through Youtube who was battling cancer. I also just accepted onto  Chapman University Provost Honor List my first semester all the while keeping my YouTube  Channel ongoing including my business BSNEAK Shop.

TELL US ABOUT YOUR MOST RECENT PROJECT AND HOW IT IMPACTED YOUR LIFE?
XAVIER  a young fan a year ago, and I made a documentary film on his life and battle with cancer and how we met. Unfortunately since Covid I have not had the chance to show him the film which I intend to make public soon.