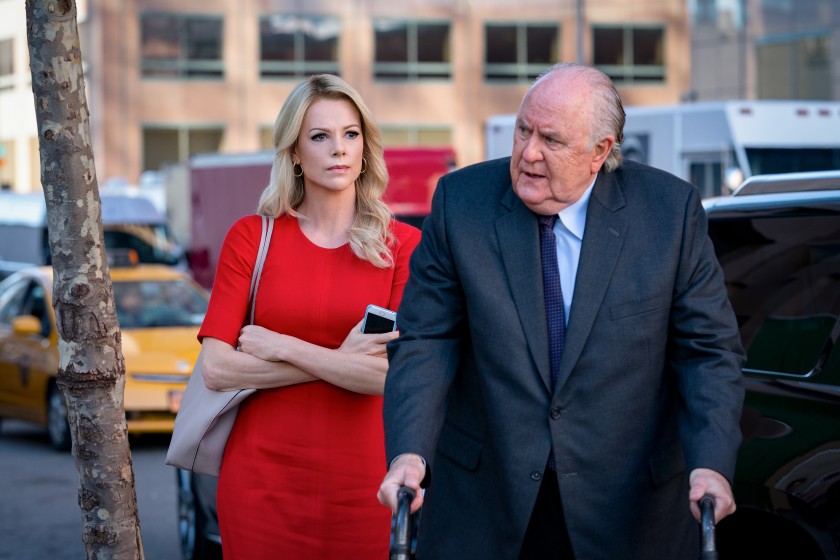 Whether you like or not, you can’t deny that Megyn Kelly has one of the best voices in the TV news business. Her voice has something unique, it is a unique combination of silky and slightly hoarse, which is instantly recognizable. And it’s one of Kelly’s chief identifiers that Charlize Theron totally seized in “Bombshell,” an absorbing, well-crafted chronicle of the sexual harassment accusations that eventually forced Fox News founding CEO Roger Ailes to resign in disgrace.

Theron-as-Kelly in “Bombshell,” in which she acts as tour guide, is actually an institutional memory and jeering critic of Fox News, where she worked for 13 years.

The moment Kelly appears on screen, it becomes clear that Theron has fully inhabited a character who, by the end of a welter of events that will also include the campaign and election of Donald Trump, the collapse of one of the most powerful men in media and the starting of the #MeToo movement. Even without getting deep into the insights, “Bombshell” is notable.

That story has it all, it is invigorating, disheartening, inspiring and of course distastefully sentimental. It will unfold over several months in 2015 and 2016, “Bombshell” has three parallel stories going that are captivating. While Kelly undergoes the fallout from challenging Trump about his sexist remarks during the first Republican primary debate in 2015, another Fox anchor, Gretchen Carlson (played by Nicole Kidman), is however suffering her own indignity at the hands of their misogynistic boss and former mentor.

Directed by Jay Roach, from a script by Charles Randolph, “Bombshell” is crisp, clear and pacey. “Bombshell” points out an important part at larger tale with coolheaded style and heated indignation. It may look like a narrow concept for that matter, but trust it hits the audience.