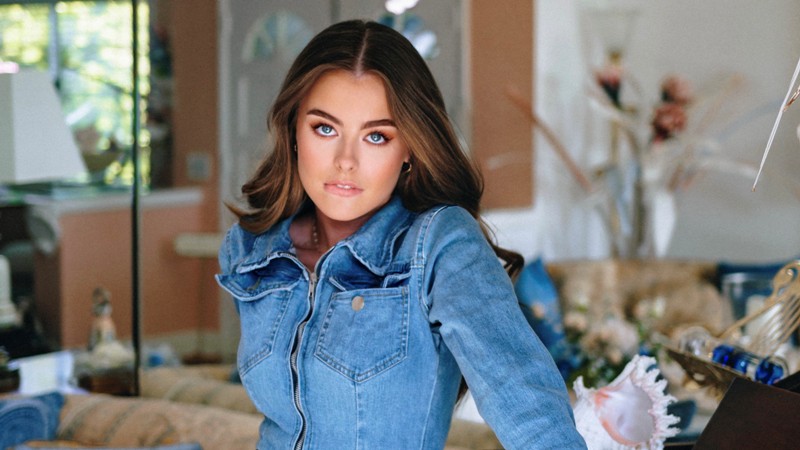 Jenna-mae White, 21 born and raised in England and made the move to Los Angeles, California when she was just 18 years old. When she was 11, Jenna caught the attention of Actor and Director Gary Sefton, who is known for his performance in ‘Saving Private Ryan’ alongside Tom Hanks and Matt Damon. Sefton selected Jenna to perform in three of his productions at The Royal and Derngate Theatre that ran over the course of three years.

Jenna performed on stage with Cherelle Skeete from Amazon’s ‘Hanna’ and Colin Morgan from the Oscar winning movie ‘Belfast’.

Jenna-mae was accepted to one of the most prestigious Performing Arts schools in the world, the American Academy of Dramatic Arts. With the likes of Anne Hathaway, Danny DeVito, Jessica Chastain and Grace Kelly also graduating from the institute.

Before leaving the UK, Jenna travelled around Europe performing at many significant landmarks, including The Royal Albert Hall, Birmingham Symphony Hall, Menin Gate Bridge, Cologne Cathedral and Wembley Stadium. Aside from touring Europe with her performances she worked alongside the Royal Shakespeare Company as Young Lady Macbeth and the Tony Award-winning group Frantic Assembly. Recognised for her outstanding skill, Jenna was awarded ‘Most Outstanding Performer’ in the Midlands, and continues to win awards for her talent and work within the arts.

Since moving to Los Angeles, Jenna has reached placement at the top of her field by performing in fundamental roles in award-winning and internationally renowned films, following in the footsteps of her fellow Academy alumni. Successfully managed by Hyphenate Creative Management alongside stars like Glee’s Darren Criss and Harry Potter’s Evanna Lynch. Jenna can be seen performing in the starring role on season 3 of NBCs TV series ‘Killer Siblings’ as well as feature films ‘My Missing Sister’ and ‘Most Wanted Santa’ streaming now on Fox’s TUBI. Alongside series and features Jenna stars in, she can also be seen as the leading role in successful shorts ‘Sail Silver Soul’, ‘I Can’t Even SMFH’ and ‘The Ark’, Oscar and BAFTA qualifying, premiering at the Chinese Theatre in Hollywood and winning a healthy stream of awards at Hollyshorts Film Festival and Valley Film Fest, including the Audience Award and Best Narrative Short. Jenna also starred as the leading lady in Tik Tok star Sevryn’s debut music video on Youtube and Instagram, which now has over 1.5 million views.

Jenna’s career continues to be something to pay attention to as she is set to star as the lead in multiple features that are in pre-production, including an exciting horror alongside Hulu’s Michael Cimino and an international rom-com opposite star of Stephen King’s IT, Nic Hamilton. Both are set to release on streaming platforms globally. Jenna-mae White is a rare example of talent that has so quickly established herself both in Europe and the United States.

Tips for Furthering Your Nursing Credentials