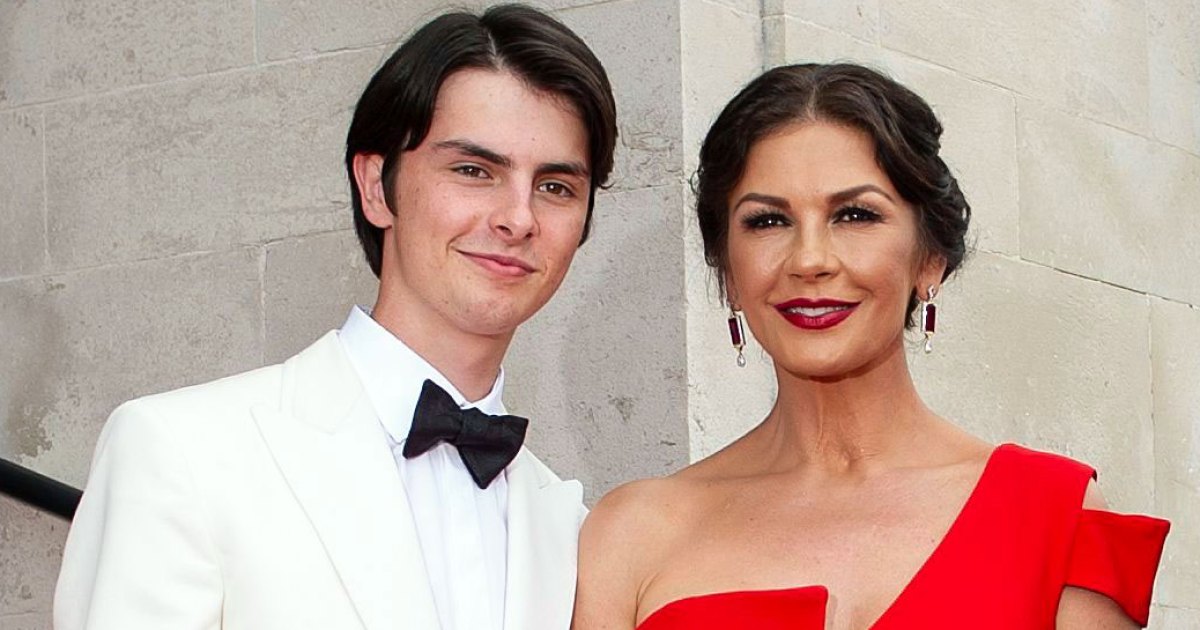 Hollywood star Catherine Zeta-Jones took to her Instagram and posted hilarious photos of son, Dylan making fun of him taking on “college life” while visiting him at his college campus.

Catherine also shared a photo of herself and Dylan, who she has allegedly shared with husband Michael Douglas, taken during the visit, with a caption “On campus with my boy Dylan.”

Dylan attends Brown University that Catherine, Douglas and their daughter, Carys, travelled to last year in order to help Dylan move into his new dorm room.

She shared a touching black and white video, in which Dylan can be seen tearfully embracing his little sister. Catherine captioned the video: “Let the lectures really begin! I love you, Dylan. Good luck in the next exciting and enlightening chapter of your life.”

While speaking in an interview Douglas, 75, described the struggle that Dylan faced while applying for the Ivy League school.

Douglas said, “Dylan had serious dyslexic issues. He had to go to special schools early on. He worked really hard, and the face that he worked himself up to get into an Ivy League school, I’m just so proud of him.”

Douglas and Catherine are happily married for past two decades, and are amongst one of the strangest and most enduring Hollywood romances.

Stephen King to Turn His Spooky Maine Home into a Museum

Addressing the Cruelty of Domestic Violence – Fashion Designer/Artist and…