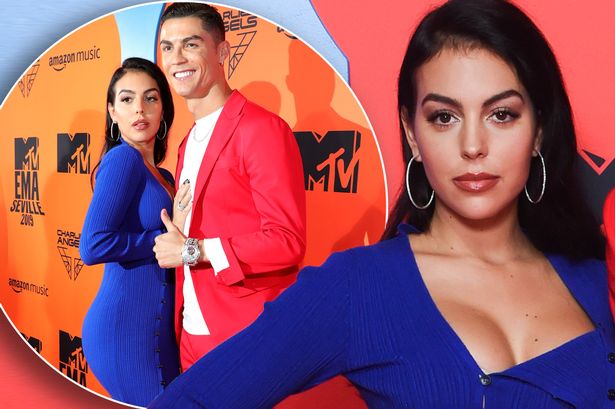 Georgina Rodríguez, Cristiano Ronaldo’s girlfriend, shared a captivating bikini pic on her Instagram where 18.9m people follow her. The perfectly clicked picture depicted the mother to Ronaldo’s two-year-old daughter wearing a sizzling black swimsuit, partially hidden by the crystal-clear blue waves. The photo had a lovely caption in Spanish “These are the little eyes that I put on the love of my life.”

Numerous people praised him for his appreciatory remark, saying that they did not expect any less from their “commander,” mentioning Ronaldo’s famous nickname.

Ronaldo, unlike his model girlfriend, has garnered over 230 million followers on Instagram, becoming the most-followed athlete on the platform. He is also one amongst the ‘top-earning’ athletes.

Ronaldo and Rodríguez have been together since 2016, and have one daughter together, Alana Martina, who was born on 12 November 2017. The Juventus forward also has three other children; his twins Eva and Mateo born from a surrogate mother on 8 June 2017.

Airbus delivered 3x more aircrafts than Boeing amid the pandemic

David Picker, Studio Chief Who Brought Bond, The Beatles and Steve Martin to the…