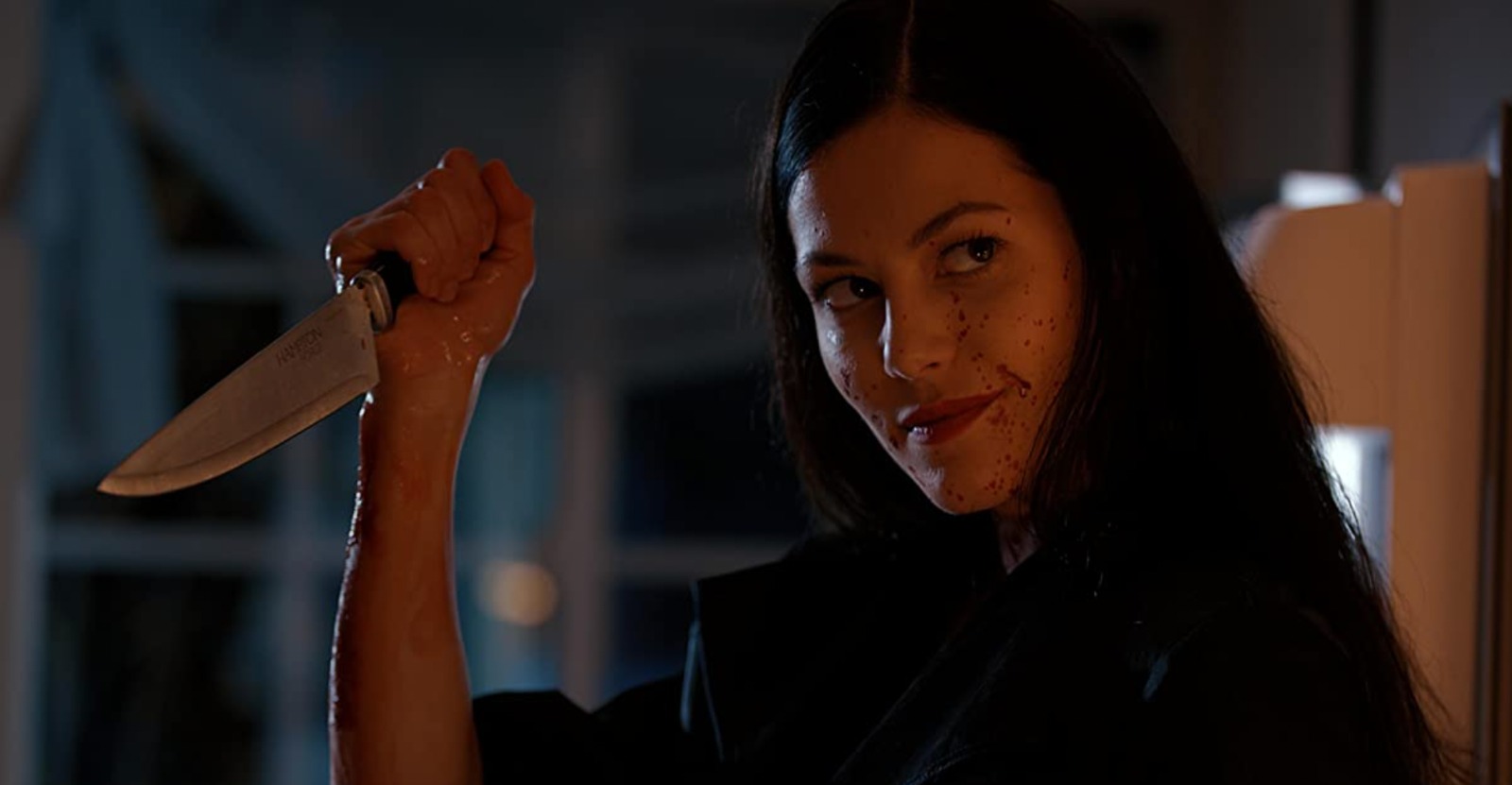 Debbie: The New Name In The Horror Game

It’s that time of year again–and I don’t just mean Pumpkin Spice Latte Season! Halloween is drawing ever nearer, and with it comes the ring of the familiar, iconic names of horror: Freddy, Jason, Michael.

But there’s a new kid on the block this year, and her name is DEBBIE!

Short for “Demoness Enforcing Beelzebub’s Blasphemy Insensitivity and Evil,” DEBBIE is the eponymous villainess at the center of Wild 7 Studio’s debut feature film Debbie and the Devil. This flick is directed by Naz Red and produced by April Mendoza and Chris Trull and is sure to thrill and tickle you in equal measure.

The narrative is straightforward: After a routine school shooting, two friends seek escape at the cinema. It is there that the sinister Mr. Red (portrayed by Red) presents them to the Debbie and the Devil trilogy, a pastiche of classic horror anthologies that explains how our titular succubus comes to be.

In the first film, the teen slasher-inspired “Gore Garage 6,” four best friends are about to graduate high school as virgins. In a bit of a Superbad-style strategy, they pool their money together to solicit the services of a prostitute who will rid them of their innocence. Except it’s not any sex worker–it’s DEBBIE. Little do they know, they are in for a treat (or trick?)!

Starring Malina Galabova (Abigail, Sex Sent Me to the ER, Unusual Suspects), Franziska Schissler (Wrong Place Wrong Time, Echo, and Blue Hollywood), and Naz Reed, Debbie and the Devil is sure to leave an impression.

The second entry of this thrilling comedy, “Tears of a Bloody Rose,” depicts a Giallo-style piece, a young, hip filmmaker works on her craft as the city experiences a rash of murders. One night, she meets a gruesome fate when she invites a familiar figure in a catsuit for a nightcap.

The final vignette is a found footage film called “DEBBIE Flesh and Bone.” Patricia, a young girl with many issues, wanders into the city, where she comes across the organization known as Hell, Inc. Patricia’s adventure is sure to entertain as audiences watch her navigate this strange new place Patricia finds herself in.

While this piece of cinematic gold is sure to leave you with chills up your spine, you will also be left in stitches, in a good, stomach hurting, kind of way.

As Red himself stated recently in his podcast, DEBBIE is “…a unique, of-substance film, where you get some laughs, get some blood…and maybe…some romance. I honestly think DEBBIE and the Devil is a great date film.”

Not many films can qualify to fit in both the romantic date night and thrills category, but this gem does. So snag a bag of candies and a bowl of popcorn and enjoy this unique viewing, filled with chills and giggles. Filled with teenage comedy and shocks that will scare you to the bones, this film has it all. Blood, humor, shock, broken glass, and of course, DEBBIE!

While this is Wild 7 Studios’ first feature release, there are many exciting things in store for the small Downtown LA studio: audio retellings of classic horror short stories (Storyscapes); new episodes of their web anthology series (Mr. Red’s Gruesome Stories); and more succinct, delightful tales of terror (Wild Shorties). In addition, horror fans are in for a good treat with films, television shows, and podcasts to sink their teeth into.

DEBBIE will make her grand entrance on December 10th at a pop-up screening in Santa Monica, replete with an LED food truck, merchandise, NFT’s, and more on-site. A week after it hits the silver screen, it will be available on Vimeo on Demand, available for rent and purchase at your convenience.

What better date idea than to take a trip to Santa Monica, enjoy delicious food, and be one of the first people to see DEBBIE in all her glory for yourself? It will be a story to tell for years to come. Soon, people everywhere will be dressing as DEBBIE for Halloween.

Debbie and the Devil is the most fantastic horror-comedy ever made, a winning conjecture filled with both horror and heart. You won’t want to miss it. To know more visit: https://www.debbieandthedevil.com/