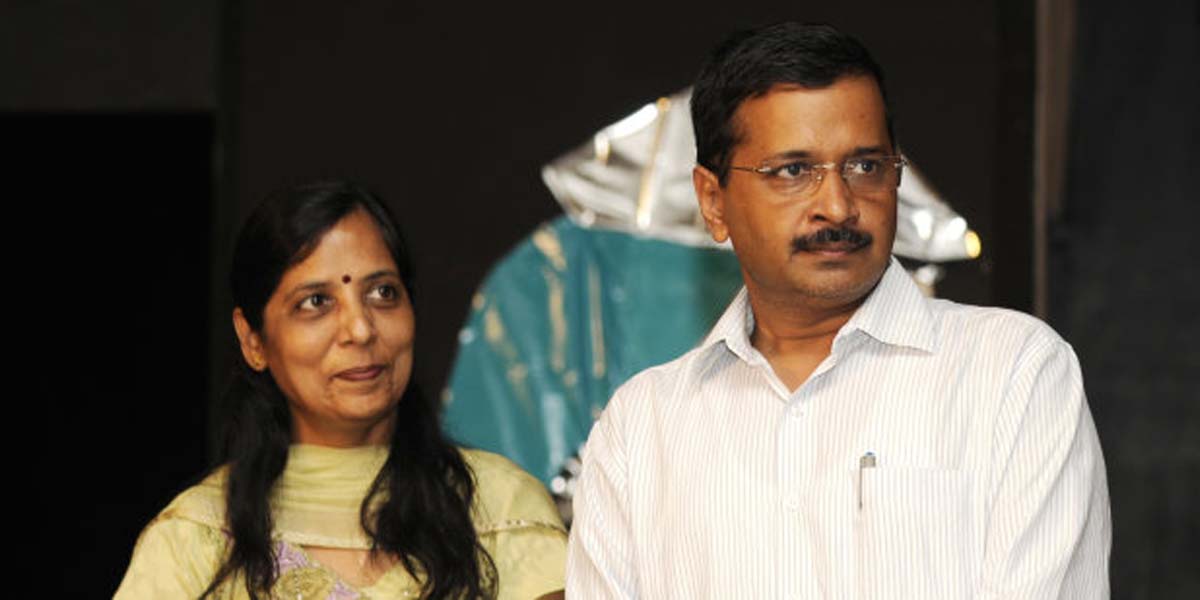 Delhi Chief Minister Arvind Kejriwal has got enough reasons to celebrate today, as it is his wife Sunita Kejriwal’s birthday also. It seems like today is going to be a big day for the Aam Aadmi Party. Trends on the Election Commission’s website shows the party leading on 55 seats against the BJP’s 15 in the election to the 70-member assembly.

People on twitter are already wishing Mrs. Kejriwal, 54. She has campaigned extensively for her husband. Photos shared on social media shows Kejriwal along with wife greeting each other with cake, and are surrounded by other party workers and leaders.

On the day of voting last week, Mrs. Kejriwal had tweeted a family photo outside a polling station, saying her son voted for the first time in any election.

Kejriwal has always been fierce opponent of PM Modi, recently a poster of Kejriwal urging citizens to call on a helpline number and give their inputs for nation-building has allegedly been put up outside the AAP headquarters in Delhi. Aam Aadmi Party has started the outreach programme just after the early trends poured in that indicated a huge win for the party.

The AAP moved ahead of the BJP in early leads the moment counting of votes started this morning, but the party remained below the 67 seats that it won in 2015. Total of five exit polls have given AAP 56 seats.

The BJP on the other hand, after a slow start, could make steady gains, surging ahead in more than 10 seats –a huge leap compared to its 3 seats in the year 2015. BJP’s vote count has allegedly witnessed a sharp growth at 39.2 per cent compared to 32.19 percent in 2015. While AAP has secured 53.04 per cent voter turnout in the Delhi assembly polls 2020.