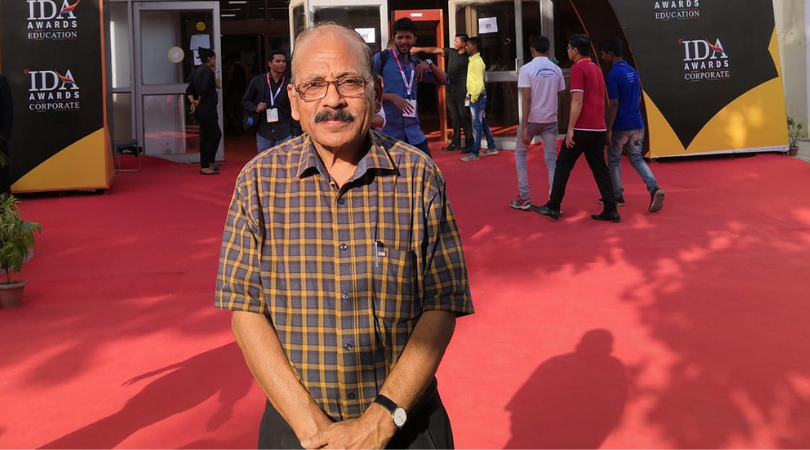 Ambala based calibration and instrumentation expert Dr. Anil Jain who did his Ph.D. from the Birla Institute and Technology Science, Pilani is brimming with delight and pride on the successful launch of Chandrayaan -2 from the Satish Dhawan Space Centre, Sriharikota.

The temperature transducers and the materials microstructure examination software system have been successfully employed for the critical evaluations of the solid propellant and rocket booster facility laboratory and other applications. The entire software has been installed and commissioned by his company Vaiseshika Electron Devices in Ambala Cantt, Haryana.

The Standards and Calibration Avionics Laboratory at VSSC, Thiruvananthapuram, the ISRO Propellant Research Facility at Mahendragiri and the Standards Laboratory at Sriharikota have been equipped with ISO 17025: 2015 international compliant standards of high precision for electromechanical and technical calibration standards for AC and DC parameters and high insulation breakdown testings. The precision DC shunts have been consistently used for the last 20 years in various electrical calibration applications.

Recently the Material Testing Machines from 10 kN to 100 kN and the Load Cell Calibration System up to 100 Ton have been equipped with Digital Force Proving Instruments which are successfully used at the Static Test Beds in Space Centres in Sriharikota and Thiruvananthapuram with 0.025 % uncertainty and fully compliant to ISO 376 : 2011 International Standards.

In a rare contribution of its own kind, the 450 Ton Force Calibration System at the Space Centre at Sriharikota which has been maintained by him and his company has been working without even a single breakdown for the last 11 years at Sriharikota.

This system is being used at Sriharikota for the Calibration of Load cells at the Static Test Bed Facility of the Space Centre before the launching of every satellite for testing and evaluation of the thrust capacity of the rocket motor.

This entrepreneur has had a beautiful journey till now. He started his own company Vaiseshika Electron Devices at a very early age of 25, despite his father having a very well flourishing export-import business for 60 years in scientific instruments with the name of Jambu Pershad and Sons (JAPSON).

He decided to pursue Ph.D. at the age of 37 after getting married and having two daughters when he felt he wanted to gain more insight and education so that he can do more for his Nation.

He completed his Ph.D in Instrumentation in a record period of four years from the Birla Institute of Technology and Science (BITS) , Pilani with simultaneously running his enterprise and performing his responsibilities as a perfect son, father and husband. His zeal to share his industry experience with the students of BITS Pilani as an Adjunct Professor continued for a good 22 years.

The period of his celebrations started at the age of 37 when he was awarded IMM Bata Silver Trophy for Excellence in Management by the Indian Institute of Marketing and Management. He scaled up to Haryana State Award for indeginization and innovation in calibration standards on the Independence day in 1999. His tally of awards continued to one of the most prestigious awards at the age of 49 with the 14th Lal C. Verman Memorial Lecture Award by the Institution of Electronics and Telecommunication Engineers for his outstanding contributions in Standardization, Quality Control & Precision Measurements. The golden feather in his cap was the National Award for Quality Products in Small Scale Sector 2002 for Manufacturing Electronic Process Control Instrumentation by the Govt. of India which was conferred by the then Prime Minister of India Dr. Manmohan Singh when he was just 53.

India needs more techno – entrepreneurs like him. Coming from a small town of Ambala Dr. Anil Jain’s contributions in the field of science and technology has helped reach India to new heights. It is indeed a matter of great pride to know such a noble and down- to – earth soul and write about him. Wishing him all the luck and success in his future endeavours.

Maneesha Garg based out of Mumbai is a travel and health enthusiast. She completed her MBA from University Business School U.B.S Chandigarh. She has travelled across the globe and developed a taste of life by picking the best organic condiments from each continent. She loves to write about things that touch her life.

“Stay home and make the best out of it,” says Ritika Gulati, Fitness & Nutrition…