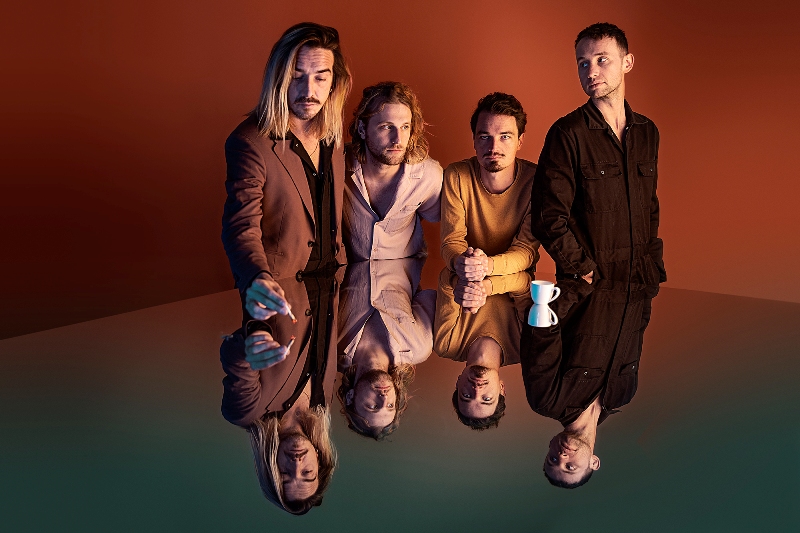 Unique electronica quartet Stavroz will be releasing their latest single, ‘Wintergreen’ on the 18th of March via their own Moodfamily label. The quartet have performed around the world, appearing at well-known festivals such as Coachella (US), Fusion Festival (DE), Wonderfruit (THA), Pukkelpop (BE), Strawberry Fields (AUS), Tropico (MX) and Three Points Festival (FL, USA) as well as with Cercle at Fort Saint-Eynard in France where they also reached gold status for their debut EP, The Ginning’. The quartet have collected over 100 million plays across platforms with their second hit single ‘Gold Town’ reaching #1 spot on Beatport’s “Electronic Top 100” for several months and was featured as part of Rockstar Entertainment’s GTA 5’s soundtrack. Stavroz have been supported by When We Dip, Earmilk, Electronic Groove, Stereofox, Deep House Amsterdam, and Mixmag France to name a few.

While creating their delicately acoustic, organic and cinematic electronic music, Stavroz call upon the likes of Nicolas Jaar, Radiohead, Fat Freddy’s Drop and Stimming for inspiration. However, their fiercely unique sound would find itself at home on a playlist featuring Parra For Cuva, Nicolas Jaar, Kiasmos and Worakls.

Based in Belgium, the quartet is currently comprised of IJsbrand De Wilde and Gert Beazar, the two original founding members as well as Maxim Helincks and Pieter De Meester who drew the team into the world of live performance.

Opening with a smooth jazz element, we’re quickly introduced to the deep, gently rolling basslines of ‘Wintergreen’ that make themselves at home in the listener’s chest cavity. There’s a step away from the expected Western influences and into the Eastern world where a hot breath of air greets the wanderer and the rewarding rhythmic flow finds itself at home.

Speaking of the song, Stavroz tell us: “Our latest single ‘Wintergreen’ originated as an experiment to create music with a summer mindset – while it was actually wintertime. It was a track that sat on the shelf for quite some time as there was a definite hook to it that was too strong to ignore. It took a while to find the right environment for that hook.

A Monster Black Hole Is Found by a Chinese-led team