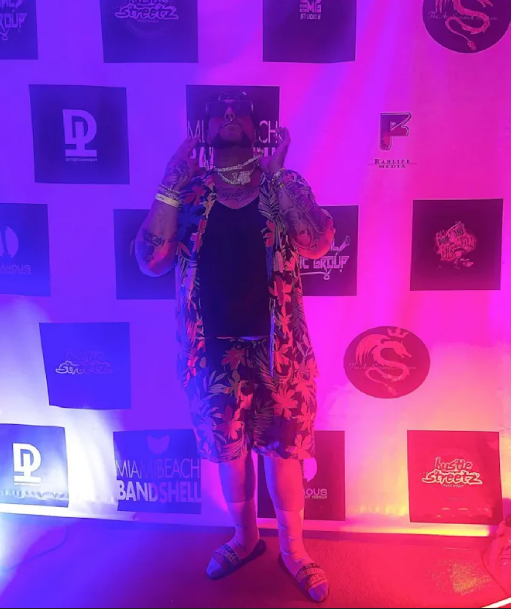 Emac Money is an on-the-rise recording artist from Florida. His passion for music started after many relocations and growing up dealing with obstacles that had him moving around constantly. And he faced trouble making friends because of how different it made him feel about himself or simply just not feeling welcome anywhere else.

Was Music Passionate From An Early Age?

Emac has been passionate about music from an early age. He is a rapper and singer from Orlando, Florida. He found his passion in the oppressed world he lives in and sees this as a way to express how things are for him when they should be different from what society wants them to but can’t control or stop any more than that with no hope of changing anything through words alone because “they try.” Emac claims success five years after releasing multiple albums, including mainstream hits.

Emac Wanted To Be Remembered As A Top-Tier Rapper.

He wanted to be remembered as a top-tier rapper who’s a real person. He doesn’t sugarcoat anything, no matter what the question is asked or how people feel about his answers. He goes straightforwardly with honesty and makes sure everyone can see why he does things this way because it makes more sense than compromising on truth. For anyone else! That said, if you’re looking at taking some mofucka straight down the river without asking first, then Em’ has got your back (don’t tell anybody).

Emac wants to spread his story and inspire young kids not to be enticed by the streets or a gang lifestyle. “If my life could touch just one person out there,” he says, “I’ve accomplished what we set out do.”

Emacs’s goal is to entertain and educate through his music. Emac wants to be a voice for those who can’t or feel they don’t have one. Emac money sees his platform as a way of making things better for people like him and the world he grew up in. Emac is currently unsigned to any record label.

Emac Money, a self-made boss who is also driven and intelligent in business, has worked with many celebrity artists, including Tyga (of course), Rich The Kid, and Rick Ross. He’s now established his label called LiT4EVA Music Cartel, which delivers a fresh look while allowing him to rebrand himself too!

Having many heartwarming accomplishments aside from music, such as moving his mother out of public housing & getting the people who live there off their floors. “Done ran up a bag from this muzik shit and done got my momma moved into better accommodations,” says Emac with pride in his voice before adding: ‘I can’t let my folks down, something about which he’s not equipped.

Emac money is known for his unique style of music production, and his songs are often described as “catchy” and “addictive.” He has three studio albums, two of which the Recording Industry Association of America has certified as gold (RIAA). Many critics have praised Emac money’s music, and he has won several awards, including two Grammy Awards.

The largest hip-hop festival, Rolling Loud, is always packed with A-list rappers and hip-hop fans from all over. This year was heated the same, as some of the biggest names in the game descended on Miami for three days of music and mayhem.

Emac Money was among the many rappers in attendance but he is from florida, taking full advantage of his time at the festival. The Miami native performed on the main stage and held a meet and greet with fans. Overall, it was a successful weekend for Emac Money.

Emac Money, a breakaway rapper from Florida on the rise with hits like “No Sleep,” was released this Friday and impressed fans across all genres! Emac is working on a bunch of new music, and you can expect both “MONEY DON’T SLEEP” and BIG LiT, another ten-song album from him, very soon!

If Elected Representative of the 1st Congressional District in Illinois, Jonathan…