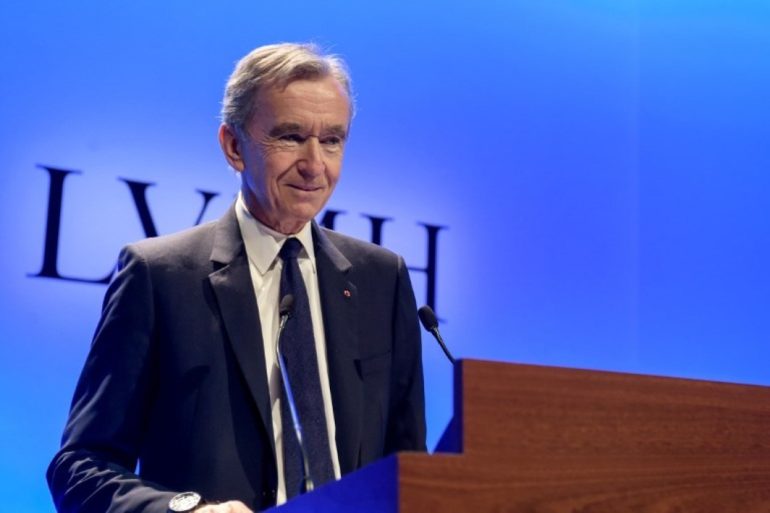 According to reports, French billionaire Bernard Arnault became the world’s richest person for a very brief period of time. Report says, around 10:30 a.m. ET, on Monday the shares of Arnault’s luxury conglomerate LVMH reached $458.46, which allegedly propelled Arnault past Amazon’s Jeff Bezos. However, the whole thing happened for a very short period.

As, at the time of closing at 4 p.m. Amazon stock allegedly rose 0.7%. Because of which Arnault had to finish the day with $109.3 billion to his name, compared to Bezos’ $110.1 billion. However, Arnault is still ahead of Bill Gates ($107.8 billion), who he passed on Friday for the number two spot.

Well, it is not for the first time Arnault has bested Gates. In fact, many a times throughout November, Arnault was able to take the second place at the stock exchange, and the reason behind that is the rising LVMH stock. Shares have been bouncing around ever since Arnault has struck a deal to acquire American jeweler Tiffany & Co. on November 25, but are now up by more than 4% ever since the deal was announced. It includes overall gain of a nearly 3% since last Thursday, which allegedly helped Arnault become $3.3 billion richer over the past two trading days.

Arnault became the first man in many years whose last name is not Gates or Bezos who is able to be called the world’s richest man on Monday, with a net worth of $109.6bn. By the closing, the stock left Bezos in first, and Arnault in second, and the man who is often mentioned as among the richest – Bill Gates – in the third place, with a net worth $107.9bn.

Bezos allegedly dropped from first place in part because of his recent divorce from his former wife, Mackenzie Bezos. Arnault has allegedly graced the cover of Forbes’ November issue. According to reports, LVMH will be acquiring the iconic jeweler for $135 per share in cash, which is expected to close in the middle of 2020. That means, Arnault might be able to take the number 1 position and become the world’s richest person yet again.