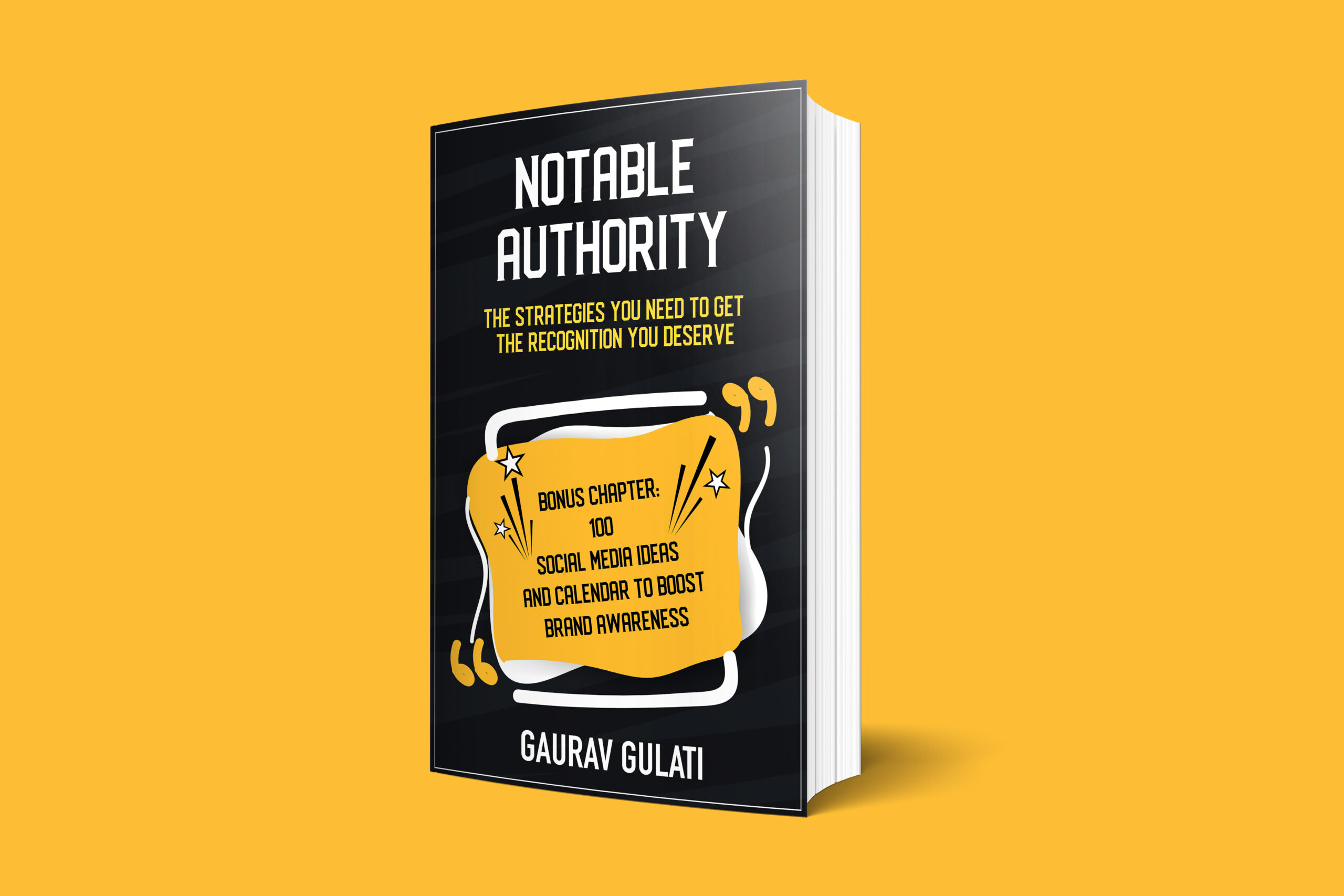 G Gulati, the world’s leading personal branding strategist, has recently announced that he is going to launch his 4th book, named “Notable Authority“.

Gulati is known for his experience and expertise in helping individuals and businesses showcase their talent and build head-turning brands. His innovative approach has been featured in various media stories, blogs and earned him the titles like “Asia’s Leading Personal Branding & Brand Engagement Consultant” and “Brand Awareness Guru.” Now, with nearly 15 people in his team, he spends his time consulting, speaking with clients, and traveling the world speaking and networking.

Speaking about the book, Gaurav Gulati said, “The world is full of experienced people; still only a small percentage of experienced people are able to draw a big percentage of the industry’s attention. Even media follows them, businesses ask for their help to gain knowledge, better understanding, etc. And the rest of the world act as an audience only. Though the fact is everybody possesses some unique skill, unique experience, then why only a few are privileged?”

Further, he added, “It is because those few experienced people have established them as Notable Authority, and that is why they get all the acknowledgement. Being a Personal Branding Consultant, I know why most people fail to position themselves as a notable authority. That’s where I got this idea to write a book from. My book “Notable Authority” is not merely a book; in fact, it is a handbook to become a notable authority by yourself. In the book, I have shared all the steps to become a notable authority and how you can promote and position yourself as one.”

All our wishes are with Mr. Gulati!! The dates of the book launch have not been disclosed; however, Gulati said that it would be launched soon.

When Artistry Meets Medicine: How Dr. Omidi Became One Of The Most Successful Plastic Surgeon In Beverly Hills