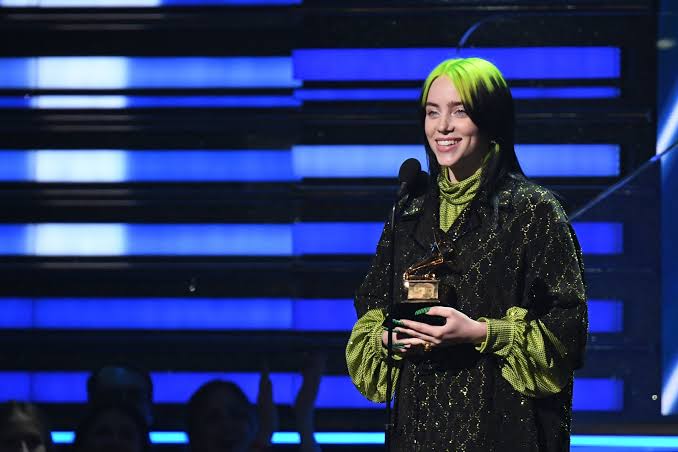 Also, “Bad Guy” wins Song of the Year along with her brother Finneas O’Connell. Even the singer song writer was awarded the Best New Artist.

Camila Cabello sang “First Man”, a song that she dedicated to her father. While performing on the stage Cabello walked off the stage to her dad’s seat to finish singing the song in front of him, while his eyes filled with tears, even the audience became emotional, including Gwen Stefani.

Gary Clark Jr. and Finneas, walked away as the most awarded stars, as they took home three awards each.

Finneas, who co-wrote, produced and engineered his sister’s debut album, “When We All Fall sleep, Where Do We Go?” – won best engineered album (non-classical), best pop vocal album (shared with his sister) and non-classical producer of the year award at the event.

In a statement, Finneas said, “My heart is beating so fast right now. This award belongs to my sister Billie for her trust and vision.”

Mickey Smith Jr. won Music Educator Award at the 2020 Grammy. Nine music teachers have allegedly been announced as finalists for the award. The Maplewood Middle School teacher however received the award for his contribution to the field of music education.

Kobe Bryant, who played for the Lakers in the Staples Center — died in a helicopter crash earlier in the day, along with eight others, including his 13-year-old daughter.