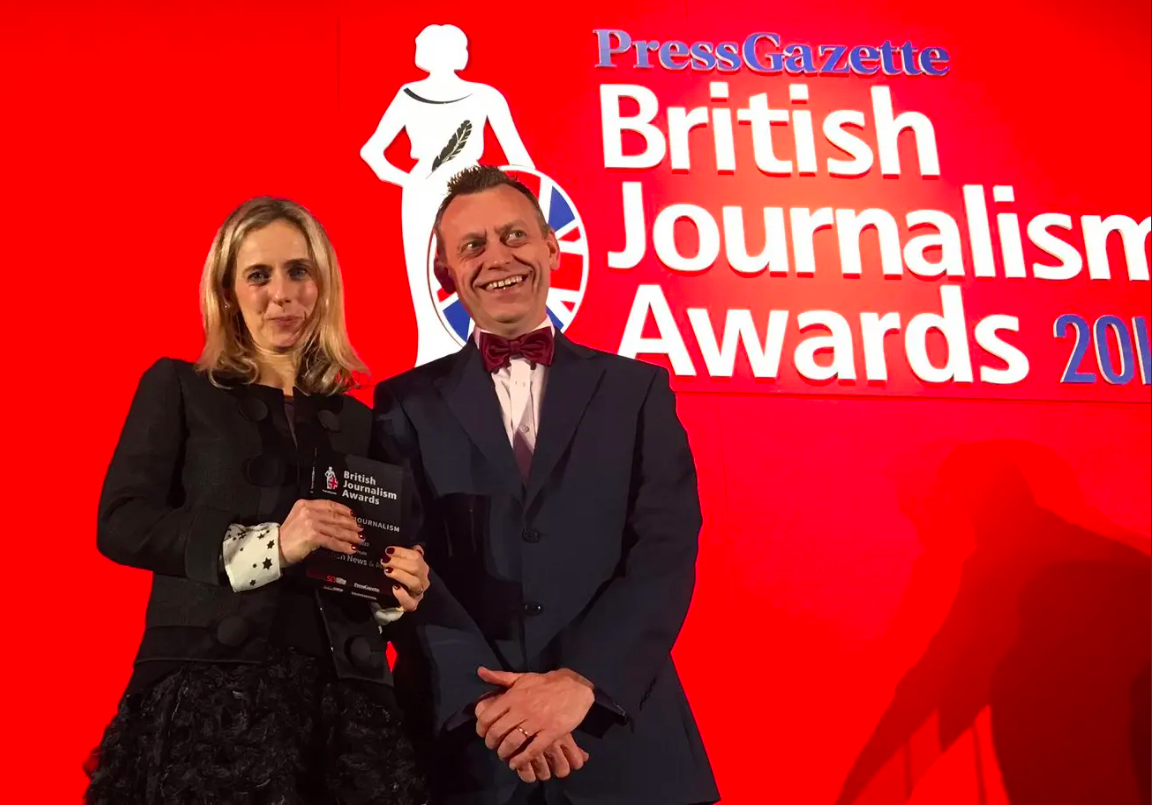 Four Guardian journalists have allegedly been honored at British Journalism Awards for their work for the title. The award ceremony took place at the Hilton Bankside hotel in central London on Tuesday night. At the event, Marina Hyde was handed the prize for Comment Journalism, she was described as “clever, innovative and consistently on the ball.” Hyde was recognized for her writing on subjects that include Theresa May’s historic Brexit deal defeat, Prince Andrew and Jeffrey Epstein and Boris Johnson.

Rob Davies allegedly won the Business, Finance and Economics Journalism category. The award is given to him for his investigation into government policy and the gambling industry that ultimately made Tracey Crouch, the sports minister put his resignation.

The British Journalism Awards were launched in the year 2012 in order to promote public interest reporting. Also, these awards are open to all journalists working across all types of media. This year’s annual awards were handed out by the industry magazine Press Gazette.

At the event, a tribute was also paid to Hanna Yusuf, the 27-year-old BBC journalist and recipient of the Guardian’s Scott Trust Bursary who died in September. Judges said Hanna was “clearly a journalistic star in the making” whose death was a “tragedy for British journalism because of the stories that will now not be told”.

Finally, the Financial Times was handed with the news provider of the year award, it is for the second year the Financial Times has won the award and the judges said it combined “consistent high quality journalism across its various platforms with an enviable ability to secure jaw-dropping exclusives”.

Is the ISL a creation of a failed I League, is the MRA legally correct? asks, Kanthi…