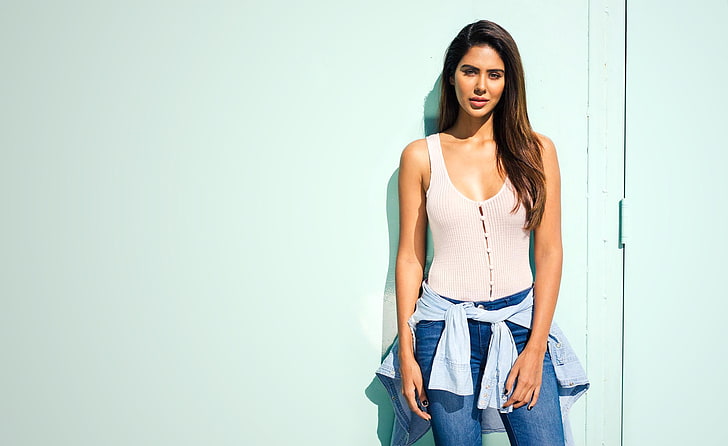 Happy Birthday Sonam Bajwa: Here’s Why She Surprises Us With Every Role She Does

Pollywood actress Sonam Bajwa has made it to her 31st birthday yesterday. The actress is not only popular in Pollywood, but she has made her mark in the South Industry as well. Her versatile performance in her films is her forte. So, on her birthday, we give you reasons why Sonam Bajwa is the most accomplished actresses in the industry.

Sonam Bajwa has done many films in which she has played the role of a simple village girl and always looked so close to the character. In films like ‘Punjab 1984, ‘Manje Bistre’, ‘Muklawa’ or ‘Nikka Zaildar’, the actress has won hearts of the audiences with her de-glam looks. Her innocence and simplicity suit her characters so much that one just feels to adore her in them.

Playing the role of the girl next door, she started her career with being Simran in ‘Best of Luck’. The actress didn’t stop to impress her fans and the Pollywood freaks with her diverse roles. She played Twinkle in ‘Super Singh’ and Rehmat in her last released ‘Jinde Meriye’. She portrays the emotions and feelings of her characters so strongly that one can’t’ help but fall for the astoundingly gorgeous actress.

Boldly experimented with her roles, the actress is recently focusing on finding more substantial roles. ‘Gudiyan Patole’ and ‘Ardab Mutiyaran’ are the two examples of her recent films. She played the role of Kash aka Kashmir Kaur, a smart, independent girl, who lives her life on her own terms, and stands solid for them. In ‘Ardab Mutiyaran’, she played the role of Babbu Bains, a complete desi girl, with strong morals and never gives up the spirit.

Made her debut in Bollywood with a special dance number in the movie ‘Bala’, the Pollywood superstar showed her hot moves in the most appealing song ‘Naah Goriye’, sung by Harrdy Sandhu. Sonam Bajwa is already one of the most loved fashionistas in Pollywood, and with ‘Naah Goriye’, she has come to corner the market of Bollywood beauties with her sensuous performance.

We wish the actress many and many returns of the day!