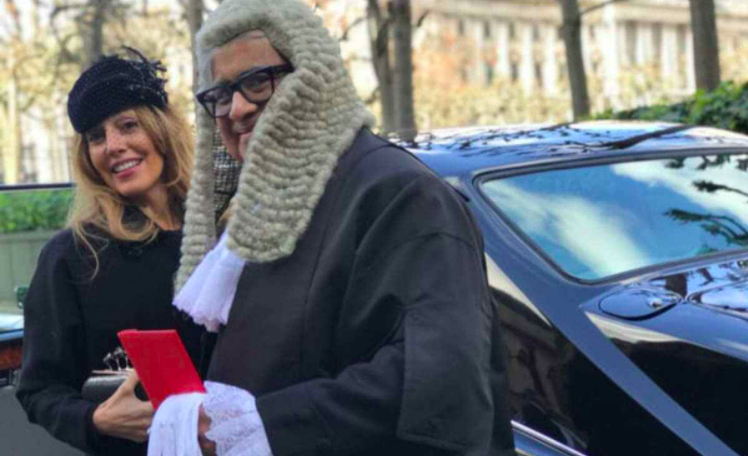 Harish Salve served as the Solicitor General of India from November 1999 to November 2002. He was associated with countless high-profile cases where he has represented ITC Hotels, Vodafone, Mukesh Ambani, Ratan Tata, Kulbhushan Jadav and many others including appearing for Arnab Goswami.

Advocate Salve (65) divorced his wife for 38 years Meenakshi Salve in June this year and is all set to tie the knot with his partner Caroline Brossard (56), a London-based artist at a church ceremony in London on October 28.

Caroline Brossard is an artist who grew up in the United Kingdom. Harish and Caroline have been seeing each other for close to a year after they first met at an art event. Salve had said they share a passion for classical music, theatre, along with art.

As only 15 people are allowed to gather in London, the wedding will be a very small affair. According to various media reports other than Brossard’s family, Salve’s guests include Camellia and Namita Panjabi, famous Indian restaurateurs in the UK.

Air Pollution, Its Causes, And The Law To Prevent It