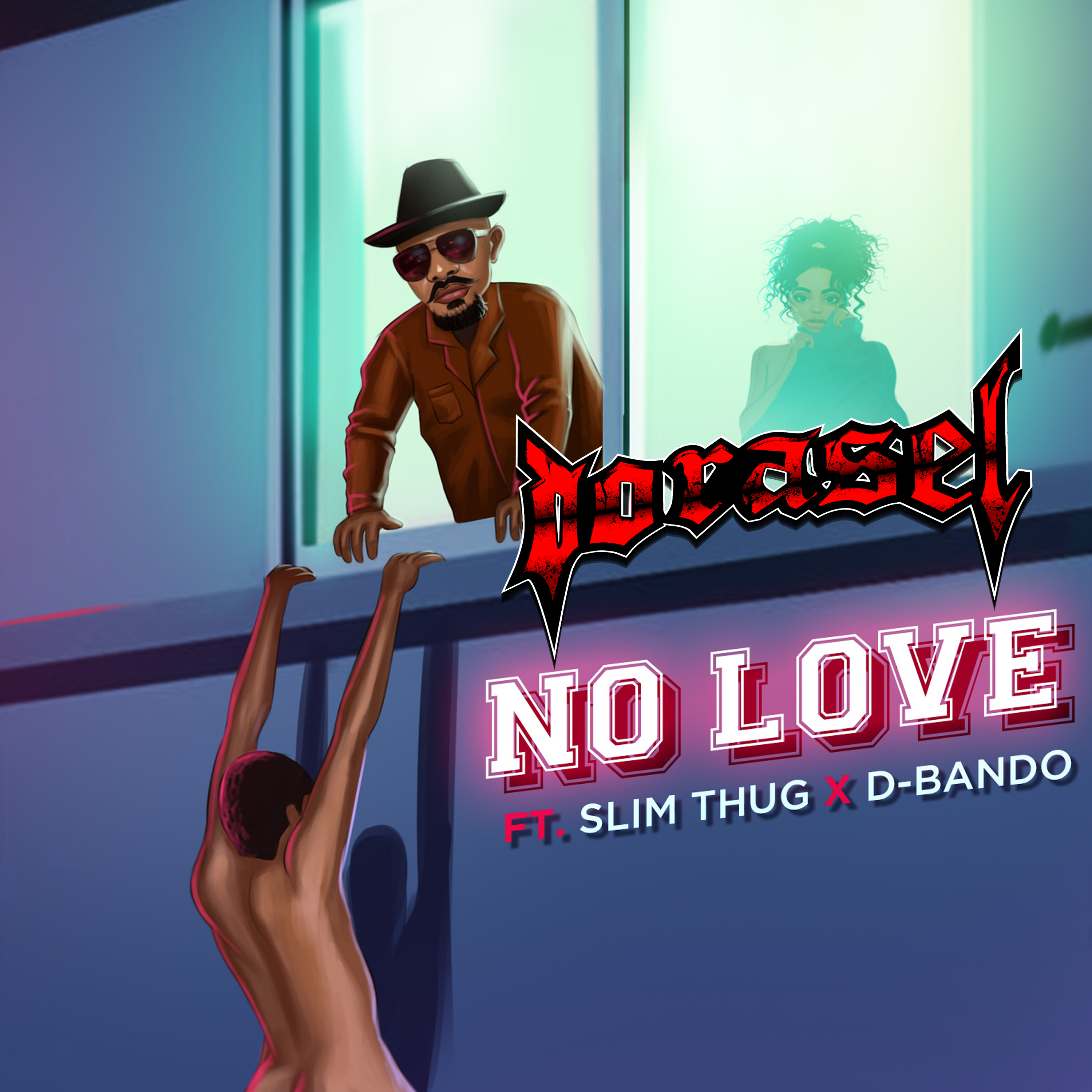 Dorasel, a gifted hip-hop recording artist, is due to release his new single “NO LOVE” on February 25 under his own label, HIcDIEM. Slim Thug and the recently deceased D-Bando are featured on the song, which was produced by the legendary Beanz N Kornbread. James Hoover, who has worked with Rick Ross, Destiny’s Child, Scarface, Lionel Richie, Baby Bash, and Chamillionaire, organized and engineered “NO LOVE” at Hoover Studios in Houston, Texas. “NO LOVE” is a song Dorasel wrote to build a bond of trust, support, and love with his fans and followers, not for Valentine’s Day. The song cleverly depicts what occurs following Valentine’s Day. Dorasel’s commitment and dedication to a previous life-altering affair inspired “NO LOVE,” a sincere and heartfelt song. He believed in the reciprocation of love and finally put his life on hold to support his now ex-wife’s goals. He sacrificed his career, freedom, and ambitions to ensure that his wife’s wishes were met. She broke her vows and promises shortly after passing the bar exam and joining a prestigious law firm. This event provided the inspiration and artistry for the song “NO LOVE.” He exclaims, “I deserve better!”

Dorasel, whose real name is Eric Vaughn, is a Texas-based Hip-Hop recording artist who started his career in prison. Kenneth’ Snag’ Forker, his first manager, was the bridge for him to meet and catch the attention of J. Prince. He signed him to his Houston-based Rap-A-Lot Records barely two weeks after his release in 1998. Signing with J. Prince’s label changed his life completely, allowing him to provide financial security for his family. He managed to get a bachelor’s degree while stitching together a vast collection of new songs despite serving a lengthy jail sentence and returning for reasons other than remorse, losing a record deal, battling mental health challenges, a failing marriage, and no family support. His music tells captivating stories of phony love, real hate, sorrow, passion, and drive with honesty, will, and courage. He aims to emotionally connect with his fans through his lyrics and engaging melodies. He also owes a lot of his motivation to his late father, who never failed to motivate and inspire him no matter what hurdles he faced. The artist plans to release a new single on the last Friday of every month so that he can form a bond with his followers. Besides creating melodious tracks, Dorasel loves setting up free private tutoring for struggling middle and high school kids in Houston’s 5th Ward.

“NO LOVE” will be available on all major streaming platforms on February 25th, 2022. You can visit Dorasel’s Instagram handle for more information on his upcoming projects.