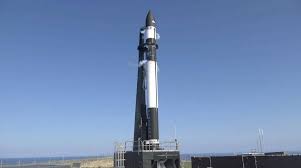 The mission, known as NG-11, will be the eleventh and last trip of NASA’s first Commercial Resupply Services program (CRS-1). The rocket will dispatch from Pad-0A at the Mid-Atlantic Regional Spaceport at NASA’s Wallops Flight Facility in Virginia. Right now, the climate gauge is promising, and conditions are great for a successful launch.

Wallops is expecting record-high crowds for the launch today, Doug Voss, the Deputy Chief of Range and Mission in the Management Office at the facility, said during a news conference yesterday (April 16).

There are a few reasons for the attendance surge, Voss said. One is the available late-afternoon timeframe, a takeoff from most Wallops dispatches, which will in general happen in all respects promptly in the morning. Furthermore, a few students in the locale are on spring break, which means they and their families are all the more allowed to travel. Also, other students have made the trip because they’re involved in scientific investigations headed for the ISS aboard the Cygnus.

Be that as it may, don’t stress: you won’t need to overcome the groups to watch NG-11 lift off today. You can watch the dispatch live, civility of NASA TV, or straightforwardly at NASA Live. The dispatch webcast will start at 4:15 p.m. EDT (2015 GMT).

Precisely 21 years after NASA launched the space transport Columbia on the STS-90 mission, this mission will dispatch mice — the main rodents to ever fly in a Cygnus spacecraft — a large group of little, supportive robots, and that’s just the beginning. For sure, NG-11’s cargo is more 50% scientific gear by weight. The haul includes new investigations and equipment to support ongoing investigations onboard the space station.

“The Cygnus launch tomorrow is really important to us here in the science community,” Voss said. Since science cargo can be loaded into the spacecraft up to 24 hours before launch — compared to the typical four days — scientists are able to launch more sensitive biological and physical science experiments, he added.

The launch is also a testament to the continued partnership between international space agencies, NASA officials said.

“We’re doing research with all five partner agencies. So, not only NASA; it’s the Japan Aerospace Exploration Agency, the Canadian Space Agency, the European Space Agency and the Russian space agency,” Joel Montalbano, the deputy manager for the International Space Station Program, said in the news conference.

“We work together, we combine what we learn in orbit, and we bring that back to Earth,” he added.

Is Cricket A Good Career Option?