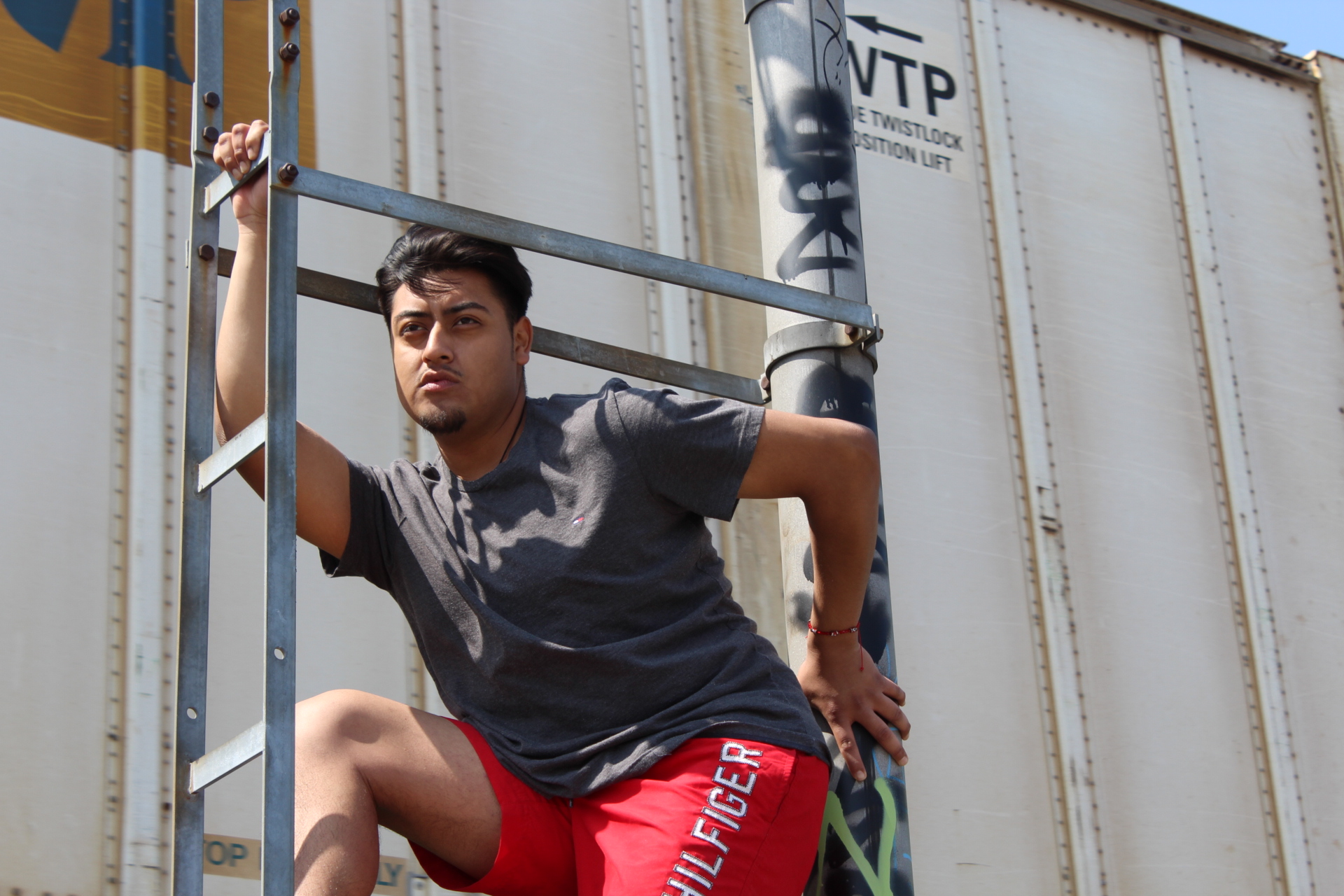 Emmanuel Osorio is an up and coming 19 year old Latino actor and filmmaker that is about to rock Hollywood with the launch of his debut feature film BLASÉ L.A.

WHAT IS YOUR FEATURE FILM BLASÉ L.A. ABOUT?
BLASÉ L.A. is about a teenager that moves to the city of Los Angeles to complete his Senior year of high school. While there, he tries to reconnect with his estranged father who abandoned him as a child and also create a new identity for himself in order to run with the popular clique at the school. The film is a time capsule of the selfie-obsessed millennial cultured world of Los Angeles circa 2019-2020.

HOW DID YOU INITIALLY GET THE STORYLINE IDEA FOR YOUR FILM?
Growing up in Los Angeles, I found that almost everyone around me wanted to become a celebrity. Most of the kids at school talked about becoming fashion models or recording artists. They all planned to start their own YouTube channels or Instagram pages with hopes of becoming huge social media influencers or getting their own reality TV shows. I felt that this obsession with fame was something that needed to be captured on camera. When I look at older films that take place in the late 1960’s during the hippie era or the 1980’s when everything was all about pop music, video games and going to the mall, those films capture moments in time that are nostalgic and important for so many people. Looking at current movies, everything is about Super Heroes or are big blockbuster franchises with CGI special effects and big explosions. BLASÉ L.A. is different. It is about an ensemble of different characters that many people can find something in each one to identify with. It’s a movie that years from now people can look back and say, “Hey, remember when we used to use Snapchat or Insta-stories?” things that 10 years from now will probably be replaced by the new fad that comes along.

AS A YOUNG NEWCOMER TO MAKING MOVIES, WHAT HAS BEEN THE TOUGHEST PART OF THE PROCESS?
I have always been full of creative ideas left and have been very determined to get the ball rolling to make these projects a reality. The first thing that I came across from people in the industry was for them to tend to question is my age. I’ve had people say that I am too young to direct a full-length feature film or that I should just start out by making short films or go to film school or intern with other filmmakers. I personally feel like it’s better to jump right in and learn by doing. I have the drive and enthusiasm NOW so I might as well take advantage of the opportunities that have come my way. Making BLASÉ L.A. has been my film school and I have learned so many things that I probably never would have learned in a classroom.

WHAT INSPIRED YOU TO BECOME A FILMMAKER?
I always have loved all kinds of movies growing up. When I was really young, my mother bought me a DSLR camera and I started out taking photos of absolutely anything and everything. It really gave me a space to be creative and capture images that aesthetically could only be seen through my eyes. Music has always been a huge influence on me and the older I got, I felt like I could visualize story ideas with the combo of the music and the images I was taking. I began writing random dialogue and coming up with little plot points that I thought would be fun to eventually film as little shorts or music videos. In High School, I was given the opportunity to direct a couple of plays and that really gave me a taste of what it was like to bring all of the elements together. The acting, the writing, the rehearsing, the performing, the blocking… it was then that I finally realized that directing/filmmaking was going to be the one thing that I could do for a living where I could do it all and be satisfied. I immediately went back and started studying films from great award-winning directors and watched films from different decades to get inspiration from different directing styles.

YOU ARE AN ACTOR AS WELL, WAS IT ALWAYS YOUR INTENTION TO STAR AS WELL AS WRITE AND DIRECT THIS FILM? WHAT WERE SOME OF THE CHALLENGES IN TAKING ON SO MANY ROLES?
Initially I had written the role with myself in mind but had no interest in actually starring in the film. I have always loved acting and performing, and since BLASÉ L.A. is semi-autobiographical, I definitely felt that I would be able to bring my own experiences into the role. When I spoke to other filmmakers and potential producers, they all said it’s a huge responsibility to act in your own film. It did seem intimidating to me at first, but as we started rehearsing and filming some early scenes, it all started to come together pretty easily. The main challenge is trusting the people around me and if they said “I think you should do that again or try things this way” I allowed myself to take their advice and know that they are telling me certain things that are only going to make the film and my performance the best it can be.

NAME SOME FILMMAKERS AND MOVIES THAT HAVE INSPIRED YOU
I have been hugely inspired and influenced by directors like Quentin Tarantino, Robert Rodriguez, Martin Scorsese, Guillermo Del Toro. Their films really sparked a fire in me to want to put my own visions out there for the world to see.

CREATIVELY, WHAT IS NEXT FOR YOU AFTER BLASÉ L.A. HAS ITS THEATRICAL RELEASE?
Being a young Latino in Hollywood, I would like to be someone who breaks the glass ceiling and is able to create new opportunities for other creative individuals to be able to get their foot in the door in this industry. I want to be someone who inspires others and to show people that if you have ideas and dreams, you definitely can achieve your goals if you put in the hard work and are determined to see it through to the end. A lot of people I know tend to get intimidated by the entertainment industry or don’t feel like they can handle the rejection. I feel that if you are true to yourself and are true to your creative visions, you really can make things happen by taking chances and focus on making your goals a reality. Networking is really important. If you believe in yourself then it is very easy to get others to believe in you as well.

JoaThePlug a.k.a. Joa Enkin Becomes The Connection Between Celebs & Brands