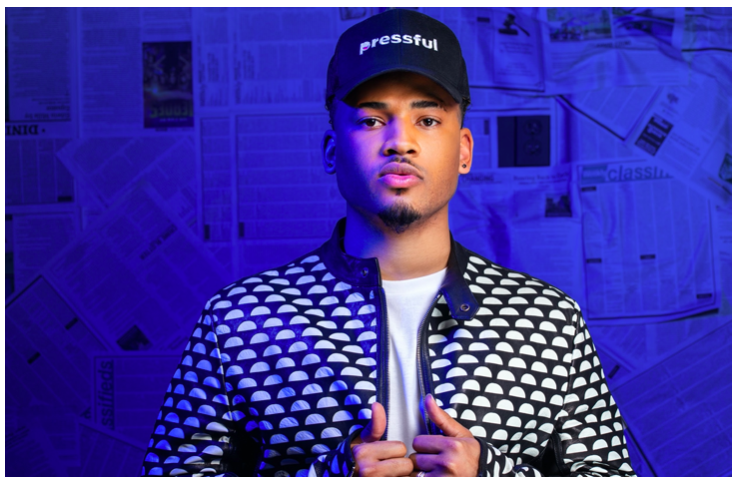 Interview with Sky Palmer, aka SkyDirects

HEY! WHO ARE YOU, WHEN AND WHERE WERE YOU BORN?
My name is Sky Palmer, also known as SkyDirects, I’m an American film director and tech founder of pressful.com, a tech startup with a website that aims to redefine the press industry. I was born on May 6th, 1988 in San Bernardino, California.

HOW DID YOU GET YOUR FOOT IN THE DOOR?
I  got my first foot in the door with Nick Cannon, being his personal videographer and filming him at various events. I even worked with him on the set of VH1’s hit show Wild ‘n Out.

HOW DID YOU PROSPER FROM THERE?
Through hard work, meticulous networking and dedication to my craft, I was scouted by Cudda Love, who is known for discovering hit artists such as Nelly, Biggie, and Mase.

Cudda Love scouting me to work on his new project for B2K, the #1 boy band group at the time. I followed B2K, Lil Fizz, J-Boog, Raz-B and many other artists around Hollywood, CA as a videographer. It was during this time that I edited and posted the viral video on YouTube titled “Life after B2K” which gained a ton of publicity and was soon picked up by Warner Bros. I went on to direct over 100 music videos, gaining over 10 million views on YouTube. I even directed a music video for Meagan Good and The H.E.L.LO Girls, my first national music video. It premiered on BET 106 & Park. Since then I collabed with some of the most recognizable entertainers out there such as Trey Songz, August Alsina, T.I., Chris Brown, Tyga, Soulja Boy, Shaq, Sean Kingston, Kevin Hart, Christina Millan, India Love, and many more.

IN 2020 I SEE YOU ‘RE WORKING ON A MOVIE CALLED “RUN NIXON” HOW DID THAT COME ABOUT AND WHERE DOES IT CURRENTLY STAND?
Yeah so In mid 2018, I went homeless. My family and I moved back to my fathers house to regroup. At this time I was depressed and disappointed with my life. But one night, I woke up from a dream, my uncle who passed away from heart failure at the age of 17 gave me his story to tell. I wrote about 90 pages of the script. Once I got the script fully ready, I immediately started casting, that’s when I secured Fizz. Now, I needed the capital to film the movie. Investors like the story but wanted to see a sizzle. So in Jan 2019, I sold my car and went to Hollywood to film the pitch trailer. I spent the entire year trying everything possible to raise the money. A friend advised me to try crowdfunding, so I created my campaign on kickstarter. I knew I needed some publicity for it to gain some traction, so I stood on the corner of Netflix in Hollywood during Christmas holding a sign. I was hoping someone was going to take a picture of me and post it online for it to go viral. That didn’t happen, so I took the picture and tried to reach PR people to get it to the news, but it was too expensive for me to hire them. Unfortunately, in Jan 2020 my campaign ended and I did not raise the funds.

HOW DID PRESSFUL COME ABOUT?
In Feb 2020, once I realized the main reason my crowdfunding campaign failed, was because I didn’t get any press. I looked deeper into this problem and found I’m not the only one with this issue. We as creators don’t understand the press world and how to really get press coverage. However, PR firms do understand and this is why they can charge large retainers to their clients. I was fed up with this approach and set out to fix this issue. The pandemic hit the world hard and everyone went remote. My partner Mich Vital said “Why don’t i take my film company LETSFILMIT and go film the companies that’s shutting down and send it to the news”. With the whole distance thing this wasn’t possible, we looked at each other and the ahh-moment came. We said “Why don’t we get journalists from around the world to interview people remotely”. From there, we went to build Pressful to what it is today.

WHAT DOES PRESSFUL.COM OFFER THAT PEOPLE CAN’T DO FOR THEMSELVES?
There’s dozens of sites online where people can submit pitches to journalists’ emails for coverage. But journalists never respond back as they’re getting thousands of pitches a day. We understand that people just want their press on news sites, not to go through the process or pay thousands to pr for little to no results. What we give is a full video interview with professional journalists and coverage on 75+ news sites for $299.

WHAT CAN THE WORLD EXPECT FROM YOU MOVING FORWARD?
This is just the beginning. Pressful.com will be releasing an app, giving people access to well over 400,000 journalists at their fingertips. My ambitions also include becoming one of the youngest Black billionaires in the thriving tech space.

An Interview with Sci-Fi Authors Alex and Andrew Salter