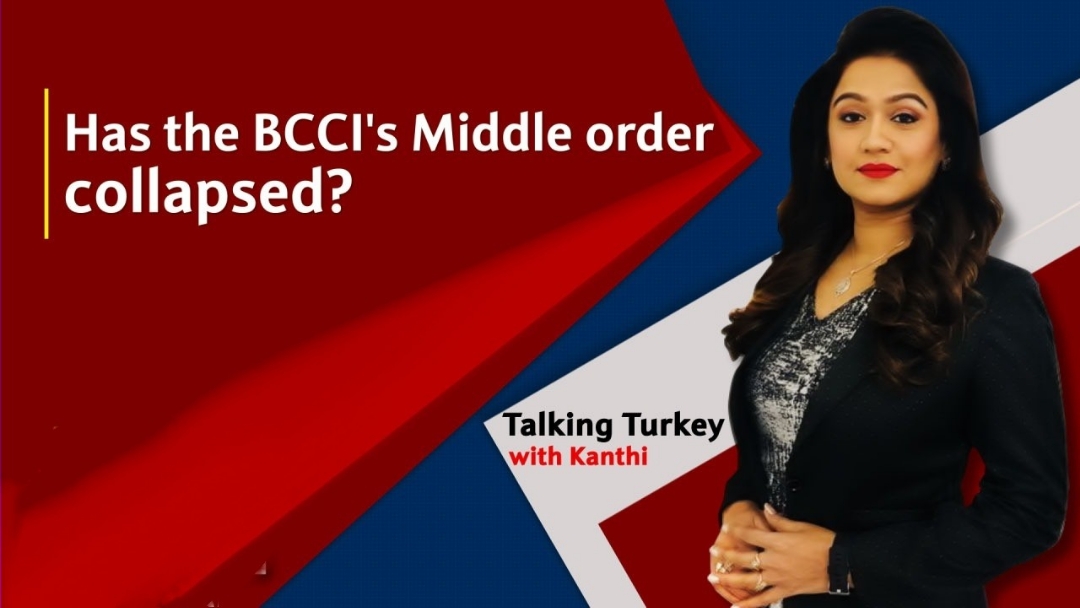 After the Indian cricket team had failed to advance beyond the semifinal in the World Cup, despite being a favorite to lift the title, volley of accusations started flying from every quarter, each attempting to criticise the other. Some say it is the team selection, some say it is the collapse of the middle-order (or the top order to be more precise), and while others say that it is the BCCI vs CoA tussle which is to be blamed for India’s ouster.

The latest episode of “Talking Turkey with Kanthi” tried to seek an answer to this imbroglio.

The SC-formed Committee of Administrators was meant to assist the BCCI in proper functioning of cricketing affairs in the country. However, as time elapsed, CoA now stands toe to toe with BCCI leading to a full mayhem. India’s failure in the World Cup is clearly a fallout of this internal skirmish between BCCI and CoA.

The CoA has reduced the post of the BCCI secretary into a mere puppet, so much so that the secy. is barred from attending any selection meeting going forward. He is now just a glorified clerk. The vested interest of the CoA is becoming clearer by the day as it is trying to throw its weight around and have a considerable sway over cricket administration in India.

The CoA has also disdained former cricketing greats like Sachin, Ganguly and Laxman. The CAC, comprising of these former cricketers is also speculated to be disbanded by the CoA as revealed on the show.

Replying to a question from Kanthi D Suresh—show host and Editor-in-chief of Power Sportz— over the phone, SC lawyer Mr. Bali said that the CoA has completely taken over the BCCI and hijacked the cricket body. He further said that the CoA is running cricket in the country as per its whims and fancies. The members have cherry-picked on Lodha reforms that suit them and help them in establishing their foothold. The Vinod Rai-led members of the CoA are clinging hard to it.

It was not the only revelation made on Talking Turkey with Kanthi. As the show progressed, more anomalies of the BCCI came to the fore. The premier cricket body of the nation is also wary of toeing the lines of NADA. The whereabouts clause seems to bug BCCI big time. As NADA wants to collect samples of cricketers, BCCI wants to be kept in the loop. The BCCI does not want to come under NADA stating that it is not a national body.

On asked whether “BCCI should come down from the pedestal and get tested by NADA,” by Kanthi D Suresh, one of the guests on the show said, they should definitely come under the ambit of the anti-doping body. In fact, every member in the discussion panel of the show agreed to it.

To conclude, everyone came into the view that the CoA and BCCI should discuss crucial matters amicably taking every member into confidence and take decisions that benefit cricket.

For more details, log on to PowerSportz.tv and enjoy the most popular show of the channel, Talking Turkey with Kanthi.