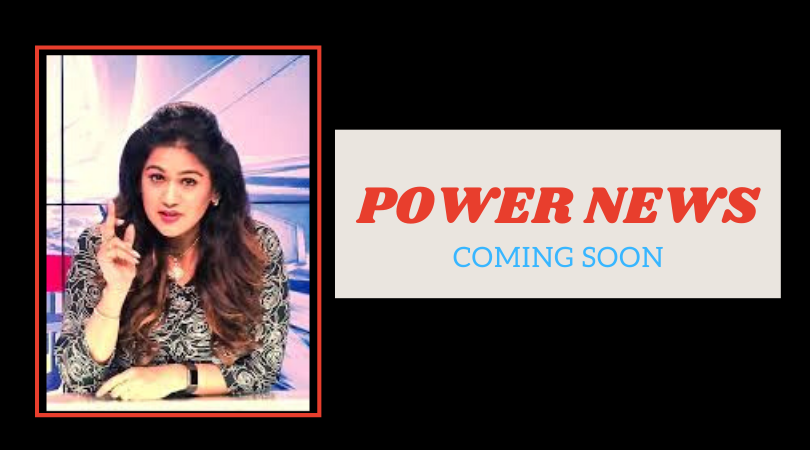 Surprised??? Yeah, we all are equally surprised. Ever since we got to know this, we are actually pondering who can dare to compete with the channel that is already at the top. Yeah, of course one needs to have the guts to even think so.

Well, we were also as curious as you guys are to know the truth, and immediately we sent our team to find out about the competitor. And what we came to know was even more surprising, as the channel is not getting any competitor, it’s getting its counterpart…

Yeah, the Editor-in-Chief and Co-Owner of Power Sportz, Kanthi D Suresh is all set to launch one more channel!!

Sometimes I really wonder, what different she does to make a difference. Doesn’t she feel cold in this chilly willy weather. I mean doesn’t she feel like sleeping an extra five minutes (which of course turn to an hour☺), like most of us do!

According to source, the new channel to be launched is specifically for political news and it will be named as “POWER NEWS”! Since the channel is going to be dedicated to National & International POLITICS, thus name!

Kanthi D Suresh is working really hard to launch it on the decided date and time; however, date of launch has not yet been disclosed to us.

The story of Power Sportz launch is still fresh in our minds, yeah, just a year and half back they launched Power Sportz. Many of us could still walk through those wonderful memories, when the launch amidst a jam-packed hall graced by eminent dignitaries from across the nation at the Plenary Hall of Vigyan Bhawan in May 2018 took place.

When Power Sportz team came marching through the hall carrying the flag of Power Sportz, flag was hoisted and torch was lit just like the Olympic torch being lit in the cauldron….. Just a yesterday thing!

Well, it’s time to create new memories and that’s what the Editor-in-Chief of Power Sportz is set to do! We are sure ‘Power News’ is going to rock just like its counterparts!

Well, we are tracking the whole thing very keenly and will keep you posted!!