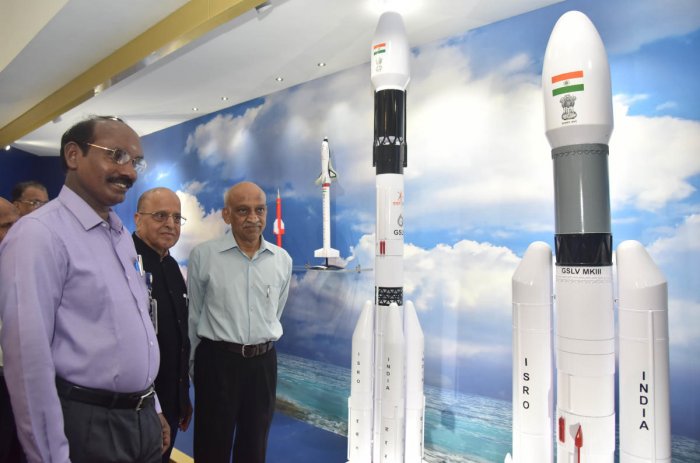 ISRO under the leadership of Kailasavadivoo Sivan Launches Chandrayaan 2

It is again a proud moment for India, social media is flooded with the great news and the country is overwhelmed with the achievement.

Chandrayaan-2 lift-off was planned for July 14, 2019, which was aborted due to some technical obstacle. The Chandrayaan-2, will go the Moon’s south-polar region. It aims to explore Moon’s surface for the signs of water and moreover for the new origins of energy.

India’s second mission is Rs 978-crore project, which was launched from the second launch-pad at the Satish Dhawan Space Centre, Sriharikota, in Andhra Pradesh. It came 11 year after ISRO’s successful first lunar mission Chandrayaan 1 that created history by creating 3,400 orbits around Moon.

ISRO has taken it to social media and posted the latest pictures of launch on twitter.

In fact, ISRO posted on its page just two hours before the launch of India’s second Moon odyssey, which was like this; “Two hours to go!!! Filling of Liquid Oxygen in Cryogenic Stage (C25) of #GSLVMkIII-M1 completed and Filling of Liquid Hydrogen is in progress.”

Chandrayaan programme was announced by our former Prime Minister Late Atal Bihari Vajpayee on August 15, 2003. However, Chandrayaan 1 took off from the Satish Dhawan Space Centre at Sriharikota on October 22, 2008.

Chandrayaan 2’s Rover is a 6-wheeled robotic vehicle named Pragyan, which means ‘wisdom’ in Sanskrit. It can travel up to 500m (half-a-km) and uses solar energy for its functioning. Also, it can only communicate with the Lander.