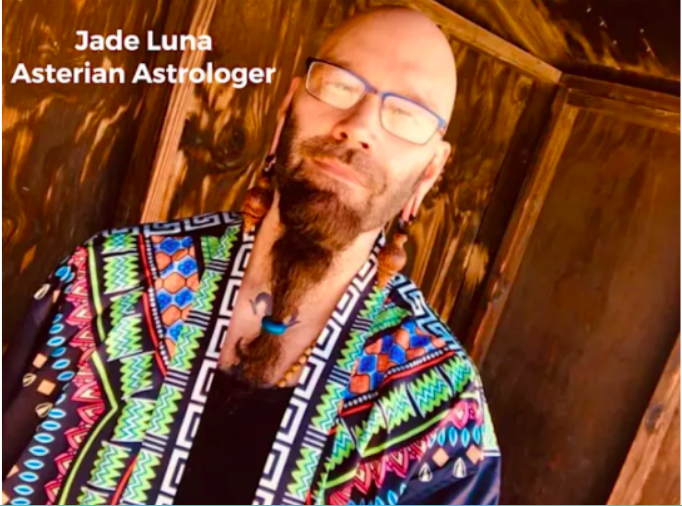 Jade Luna, The only astrologer to predict the Pandemic, tells us when the Age of Aquarius will begin

It wasn’t but a year ago that smaller news outlets started to light up with the news that an astrologer actually predicted the pandemic. Jade Luna’s predictions were so accurate regarding 2020 that tropical (western) astrologers started to block the press that a person using an ancient 27 sign Roman/Greco system actually predicted the pandemic. Astrologers that know Jade Luna were on a CBS news outlet stating “no one predicted the pandemic” with the knowledge that Jade Luna did. Not only did Jade Luna’s prediction come to light in January 2019, evidence that he predicted what would happen in the year 2020 in 2005 at earth change seminars is coming to light as well. Jade Luna said the eclipse of Christmas Day 2019 was so severe that either a pandemic or volcanic eruption would take place shortly after.

Western Astrologers will continue to scratch their heads because he is strongly disputing that the age of Aquarius happened. Jade Says “ western astrologers not only have incorrectly stated that the age of Aquarius happened, they have no idea how to predict them! Since I have been alive Western Astrologers have predicted the age of Aquarius in 1995, 2000, 2009 and now 2020. They are using planetary conjunctions to do this and that is not at all how to determine ages! Ages are calculated by the ‘vernal equinox’ point and where the zodiac in the sky is positioned within the vernal point. Just as western astrology has no concept of how to predict pandemics, which are born out of the north node ie Typhon or the Egyptian god Set (god of plagues) and eclipses, they have no knowledge to predict ages either, you have to use the real sidereal zodiac to predict ages. Here are your ages.

Yet using the 27 sign and their ages, we are getting ready for the age of Chimera, the sign that merges Pisces and Aquarius in the Asterian Astrology system. Jade Luna says this is the first goddess based age in approximately 4,000 years. He states we will see this change into this age in our lifetime and the planet will go through severe changes to get to this age.

“This star is ruled over by Gia or “Mother Earth” and this will create massive transitions on our planet. Jade Luna goes as far as to mention that these transitions will start around an eclipse on December 25th, 2019 and will last till the summer 2020 eclipse on June 21st. He said that this ecliptic period was a tag team between the goddess Hecate (The Goddess of Transformation) and the God Prometheus (God of Humanity).

The combination of these deities and the heavyweight planets Pluto, Saturn and Jupiter moving into Capricorn (sidereal) conjuncting the star Natura “earth” would be too much for the planet to handle at once. “There are five big punches thrown at earth in a short period of time. Life should return to a “new normalcy” after we have been tested to the core.” The eclipse of Dec 26th, 2019 is under the star Hecate (Mula/Jyotish) and this star is about getting to the Core or root of all problems and is associated with “hard change” Jade says. These changes would escalate through March and April and start to decline by the eclipse of June 21, 2020 as “Hecate”, the goddess of transformation passes the torch to the humanity deity “Prometheus.” Alignments like this can produce a wide variety of deep universal transitions such as debilitating volcanic eruptions, earthquakes in rare locations, pandemics, epidemics, meteorites hitting earth and there could be a surge of mental issues as Saturn and Jupiter hit the opposing sign of Cancer.

I anticipate these changes to be literal as sidereal astrology, Vedic and Asterian Astrology deal with real physical transitions.”