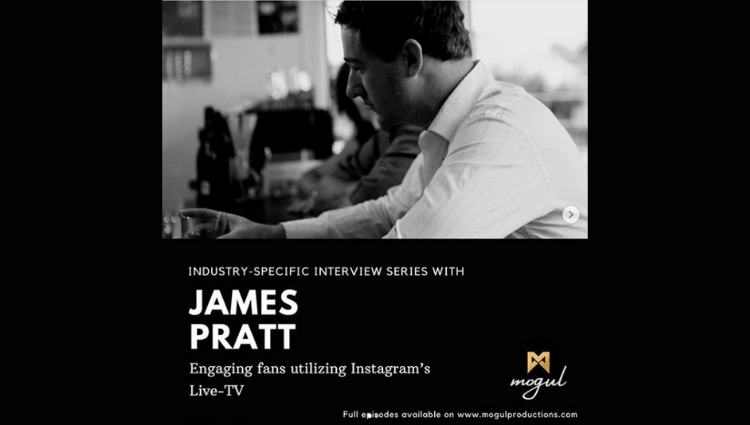 Emmy Award-Winning producer, Cindy Cowan was recently featured on Mogul Live with James Pratt and shared some outstanding advice for upcoming Hollywood actors. As a highly decorated producer, Cindy co-founded Initial Entertainment Group (IEG) in 1995. From its conception to its sale in 2000, IEG became a leading film production and foreign sales company. IEG had many successes including an Emmy-nomination for Rent-A-Kid; Emmy, Golden Globe and People’s Choice nominations for If These Walls Could Talk; the coveted United Nations Award for Savior; and four Oscar wins for Traffic.

Here are some key takeaways from Cindy’s interview on Mogul Live with James.

ON HOW TO BE SUCCESSFUL IN HOLLYWOOD?
CC : People say, You’re only as good as your last job or if you leave the industry for too long then no one remembers you, I didn’t find that at all. You need to have a balance in life no matter what, for me right now, My weekends are my weekends, and I don’t do back to back to back films, not anymore yet I find I’m achieving just as much as before.

ADVICE TO THOSE GETTING INTO THE FILM INDUSTRY?
CC : Find what you are the most passionate in, I find people are passionate about everything, however, Being in the film business you have to take baby steps, regardless if you are a writer, producer, actor etc., there is so many different avenues in the industry that you can take, however you need to identify your passion first in order to do those baby steps.

The other advice I cannot say enough is… Network, Network, Network not in an obscure way, but if two actors come into a casting room and I know one of them, I’ll cast the one I know because I’ll be working with them onset for the next 2 months and I feel more comfortable if I already have met them before. Treat everyone with respect also.

WORKING WITH ROBERT DENIRO?
CC : He’s an actor that stays in character offset most of the time.

BEST ADVICE FOR ACTORS WHEN AUDITIONING?
CC : Producers like to see actors that come into an audition and are themselves…. Master your craft, meaning, If you are an American playing a Brit have the British accent really well down or if you are a Brit playing an American have the specific American accent down. Make a note to communicate with the producers also, don’t overstay your welcome but if you act standoffish because producers like to work with actors for months on projects they at least feel a connection.

BEST ADVICE FOR ANYONE MOVING TO LOS ANGELES FOR A CAREER IN THE ENTERTAINMENT INDUSTRY?
CC : No job is too small, the best way to approach it is whatever job you have, and be the best at it. Another piece of advice I recommend is, Try to be nice to everyone, the person coming up is often overtaking the person coming down. Be Social; Network, Read the trades and get to know what’s happening, what’s working and what’s not working because the trends are ALWAYS changing, and after Covid-19 there will be a lot more changes.

WHY MOGUL HELPS THE FILM INDUSTRY?
CC : With a platform like Mogul you will have someone like myself to at least oversee (production) and pass on knowledge. This year, my experience shooting under 2020 Covid-19 conditions will be valuable for those filmmakers getting a project off the ground. Between the changes in Hollywood now and coming up there needs to be platforms like Mogul to help indie films be made and distributed easier.

If you want to keep up with Cindy, her upcoming projects include True Haunting, a supernatural thriller with Screen Gems; a music-based project with TriStar loosely based on a true story involving ‘NSync; Eye in the Sky, an action thriller with Millennium films; Line of Control, a political thriller with the Exchange; and a female-empowerment story about the girl who struck out Babe Ruth starring Abigail Breslin. Additionally, Cindy is producing a faith-based film entitled Iron Will, as well as various TV shows including Ellis Island, a scripted series about immigration during the 1910’s. Unsurprisingly, Cindy is also venturing into unscripted television with Seekers, a reality format showing the various modalities people are choosing to seek enlightenment in this world of darkness, as well as a show documenting the rebranding of Maxim Magazine.