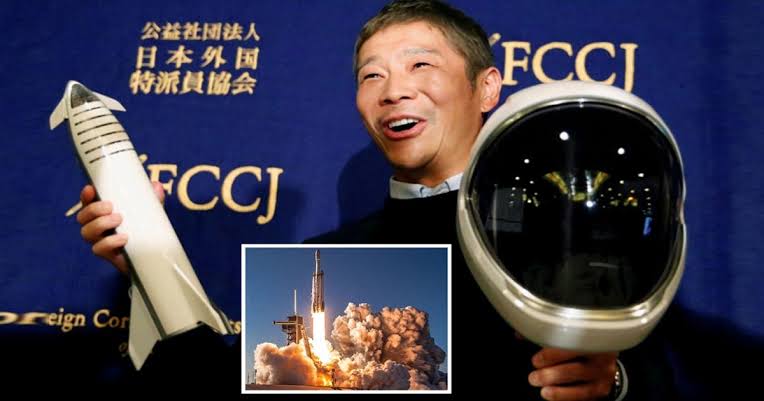 According to reports, Japanese billionaire Yusaku Maezawa’s ad for a girlfriend to accompany him to the Moon has allegedly got 20,000 applications.

Maezawa is going to be the first private passenger on Elon Musk’s SpaceX, he has already generated huge social media buzz by announcing a $9 million giveaway to his followers due to which he has secured a position as Japan’s foremost Twitter celebrity.

There are multiple-choice questions, which includes “If you rode in a private jet where would you go?” and “If Maezawa farted in front of you what would you say?” with entrants presented with a photo of the billionaire that vary from happy to sad depending on the entrant’s score.

AbemaTV, which is backed by online ad agency CyberAgent and broadcaster TV Asahi, is one of the foremost proponents of the reality dating show in Japan.

Securing Maezawa for “Full Moon Lovers” is a great success for the service that aimed to generate social media traffic and is specifically targeting younger viewers who are turning off TV.

The reality dating format allegedly got a boost in Japan with the success of hit show Terrace House. The show was developed by broadcaster Fuji Holdings before it was picked up by Netflix.

Maezawa, 44, is actually seeking single females for the show which will be allegedly shown on streaming service AbemaTV. Also, the lucky lady must ‘be interested in going into space and able to participate in the preparation for it’, said Maezawa in a statement.

The entrepreneur also confessed that the ‘feelings of loneliness and emptiness’ are slowly beginning to ‘surge upon [him]’. on a website where he has started taking applicants.