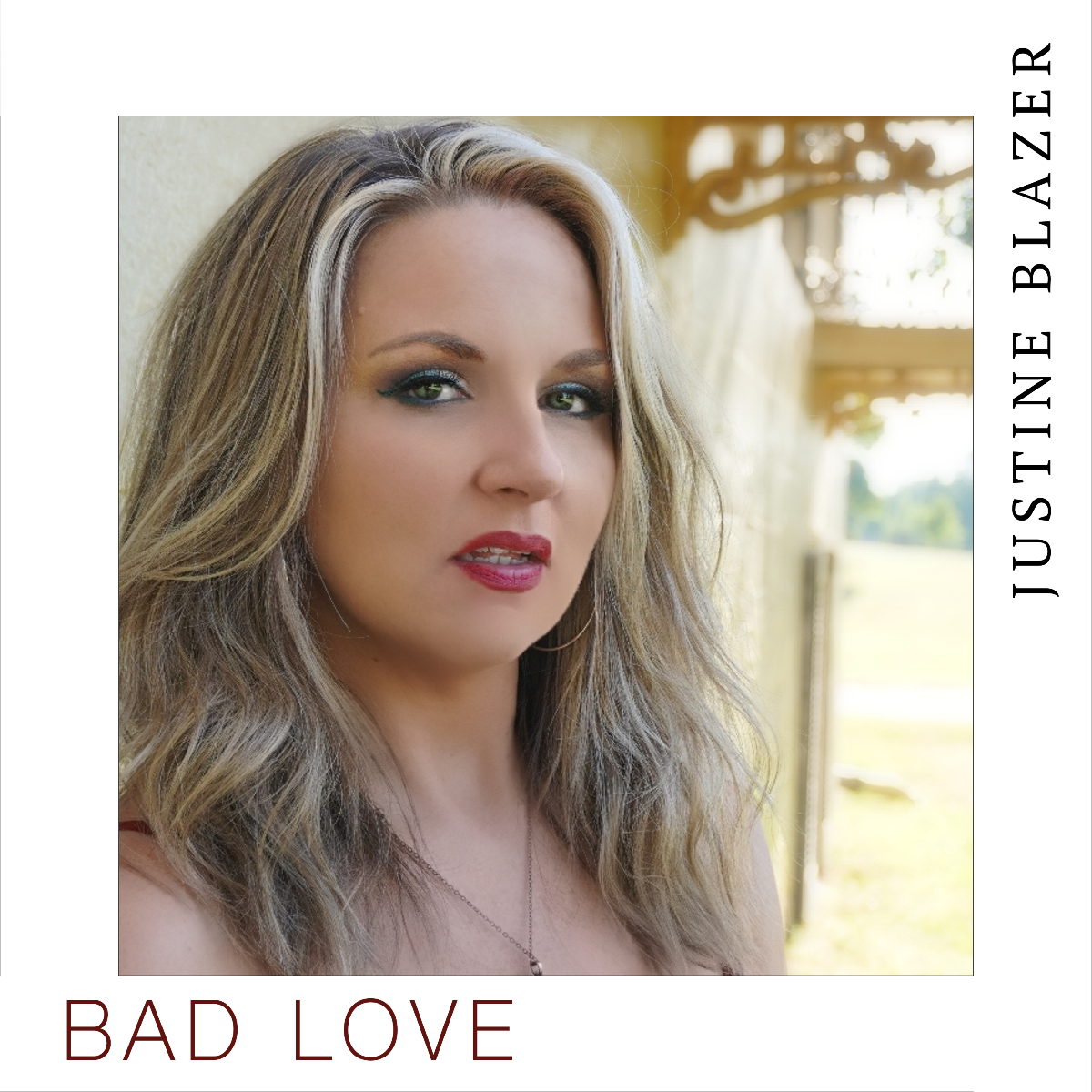 Multi-genre singer/songwriter, producer, recording artist and proud member of the Recording Academy (and a Grammy®️ Voter since 2020), Justine Blazer, recently released her debut contemporary blues single “Bad Love.” You can listen to the song HERE!

With relatable lyrics like ’cause you broke my soul, filled with despair, I thought you were the one that would always be there, Justine’s new tune is about turning a bad relationship into a positive lesson.

After attending the 64th annual Grammy ®️ Awards in Las Vegas, Justine was really inspired to follow her heart – which led her to the blues genre.

“This is my first blues single,” Justine explains. “This is a modern contemporary blues rock song. It’s sassy and has a lot of soul. I wrote this song with Tom Bender. I have been wanting to sing the blues since the beginning of my recording artist career, but never felt it was the right time until now. I actually started singing the blues around Detroit in the mid-to-late 2000’s. I won the Detroit Blues Challenge, but I had a local country promoter tell me not to go into blues because there’s no money in blues and there’s no way to market and make a career for a blues singer.  He was wrong!  Dead wrong! I am not doing this because of the money. It’s a calling. I have always loved the heart and soul blues music had. I am heart and soul. No denying that. This is just the start and I have a new blues album coming out early next year.  I am so excited for my current fans and followers to see what I have been working on and hopefully get some new fans along the way.”

She goes on to say “I am not leaving country music. I am just doing what my heart is telling me to do at this time.  Since Covid, I have realized time is not slowing down. Why am I waiting around? Do it now.  Here’s to a new chapter!”

How to Get the Most Out of Your Online Degree