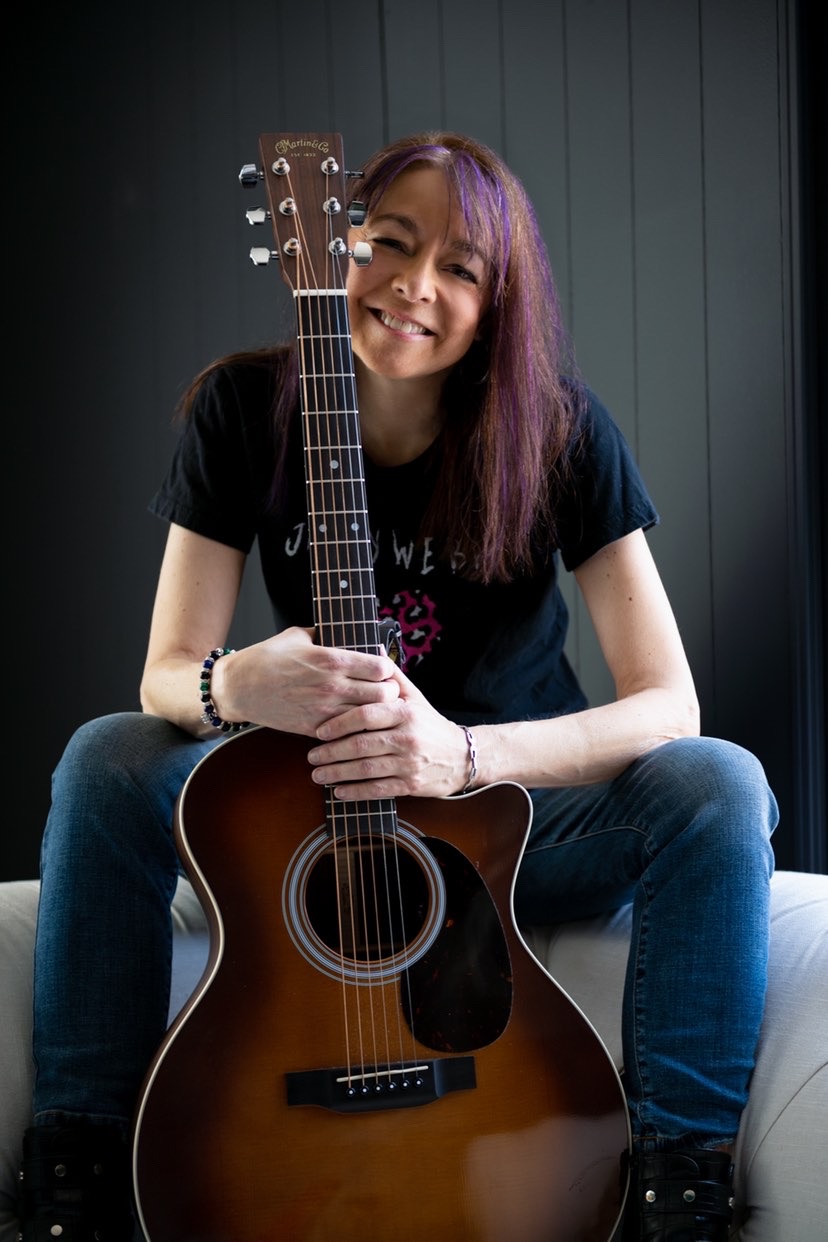 HELLO KRISTI, WELCOME TO BLACKBIRD NEWS! IT’S A PLEASURE TO INTERVIEW YOU! WE’RE EXCITED ABOUT THE RELEASE OF YOUR HIGHLY ANTICIPATED FULL ALBUM “MOSAIC”.
Thank you. I’m excited to talk about it.

HOW MANY SONGS & FEATURES ARE ON YOUR UPCOMING FULL ALBUM “MOSAIC”, RELEASING SEPTEMBER 2ND ON ALL PLATFORMS?
There are a total of 8 songs on the album, all originals

While writing your song “Mosaic” featured on your upcoming album, what does this song mean to you?
The meaning behind the song is that everything that happened in my life, everything I listened to, all of my experiences are simply small parts of me that form the mosaic that is my life. I am the sum of it all, and so is my music.

YOU SAID MYLES KENNEDY HAD AN IMPACT WITH INSPIRATION IN A RECENT INTERVIEW. WHAT WERE SOME INSPIRATIONS YOU TOOK FROM HIM?
When I really paid attention to his songwriting, his lyrics, his emotions, it changed me. I had really only admired his incredible voice up until that point. But watching him with just an acoustic guitar made me realize that I had something to say. I wanted to say it with music. I don’t think I can ever thank him enough.

YOU SAID IN A RECENT INTERVIEW “I HAVE EIGHT TRACKS, ALL ORIGINALS.” WHEN ASKED ABOUT YOUR UPCOMING ALBUM IN SEPTEMBER, WHAT ARE THE NAMES OF ALL THE SONGS ON YOUR UPCOMING ALBUM?
1. Mama, I Love You – written for my mother. It has made her very happy.
2. Mosaic
3. Don’t Let Go
4. Just Once – a very painful, but cathartic song to write
5. Work In Progress – the story of my life. I am always a work in progress
6. In Plain Sight – I had to write this because of the state of the world right now. I have a few more songs like this but not for this album
7. Limitless
8. Get Outta My Way
I wrote the lyrics for the songs then had two co-writers that I worked with for the music and melody. Elise Testone for 7 out of the 8 songs, and Clint Lowery for the last song on the album which is a bit heavier than the rest.

YOUR LYRICS ARE FAIRLY POWERFUL & CAN BE FOUND INSPIRING. WHAT ARE SOME THINGS THAT YOU’D LIKE THE FANS TO TAKE FROM YOUR UPCOMING ALBUM “‘MOSAIC”?
I think I really want people to understand that we are not just one thing. We all have many layers made up from the past, the present and our future dreams. Those layers make us who we are. We are all works of art. Imagine if we all saw ourselves that way? Also, imagine if we all just a little bit better every day. If we were kinder, more loving and forgiving, more open. It would mean a much brighter future for everyone.

WHAT DO YOU HAVE PLANNED AFTER THE ALBUM? ANY LIVE PERFORMANCES ON YOUTUBE? ANY OPEN MICS?
I am actually playing a private party for my first ever live solo performance next month. I am practicing a lot, because my guitar playing still needs some work. But I am getting better every day.

HOW DID YOU FIND THE BEATS FOR THIS UPCOMING ALBUM? WHAT WAS THE RECORDING PROCESS LIKE? DID YOU WORK SOLO THROUGHOUT THIS PROCESS?
My producer, Tavis Stanley, from the band Art of Dying, did all of the instrumentation in his studio. He would send me the guitar tracks and I would record the vocals in my home studio and send back. I like to call him a magician because he magically made me sound “not so bad”. We live on opposite sides of the country, so this worked out nicely.

IS THERE ANYTHING ELSE THAT YOU WOULD LIKE TO SAY? IT’S A PLEASURE TO INTERVIEW YOU.
Well, I have already started working on the second album but I am really focused on this release.
Thank you so much!

Urfi Javed in Stone Dress, takes a dig at Trolls