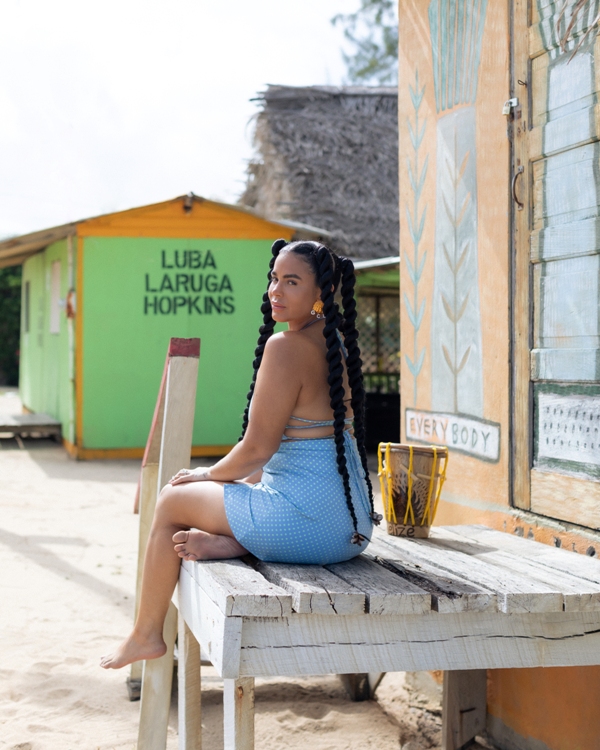 Caribbean singer, songwriter, IMMASOUL, is back at it again with a love and empowering new track “Sugar Boi,” Through lyrical imagery and Afrobeat sounds, the multi hyphenate singer, and creator uses her music to take listeners out of their element and bringing them into hers.

The single, “Sugar Boi” talks about the love for her life partner of over 10 years who’s family is from Orange Walk “Sugar City” Belize. Immasoul continues to explore Afrobeat, and her ability for vocal arrangements. Produced by Mauricio Archundia on the beats, Leo X and Rox Mills, written by Leo X, Ana Ivonne, Mickey Cosio, and Immasoul.

Once more, IMMASOUL proves that she’s the queen of “poetic storytelling,” taking us on an emotional rollercoaster of self-discovery and realizing our own worth with her fiery verses and distinctive voice. Immasoul is known for focusing her music on relationships and heartbreaks through vulnerable, honest, and moody lyrics, “Sugar Boi” will be on repeat in every playlist.

IMMASOUL aims to use her music to take listeners out of their element, bringing them into hers through primal beats and nostalgic, empowering, stimulating, and cinematic artistry. The music video, which will be released the following week promises to be a visual throwback.

Known to her friends simply as “Imma,” Immasoul is steadily rising as one of the most talented and poetic artists in the Latin market today, setting herself apart with her emotionally impactful, magnificently crafted songs. A native of Chetumal, Quintana Roo, Mexico, the phenomenally skilled singer and songwriter is a three-time ambassador for Nike Mexico, INNVICTUS, and The Body Shop Mexico, and recently collaborated on an NFT campaign for Budweiser. She is also dedicated to defending women’s rights and gender equality, and focuses on empowering women around the globe through her music.

How to Plan for a Career Change

ISRO under the leadership of Kailasavadivoo Sivan Launches Chandrayaan 2