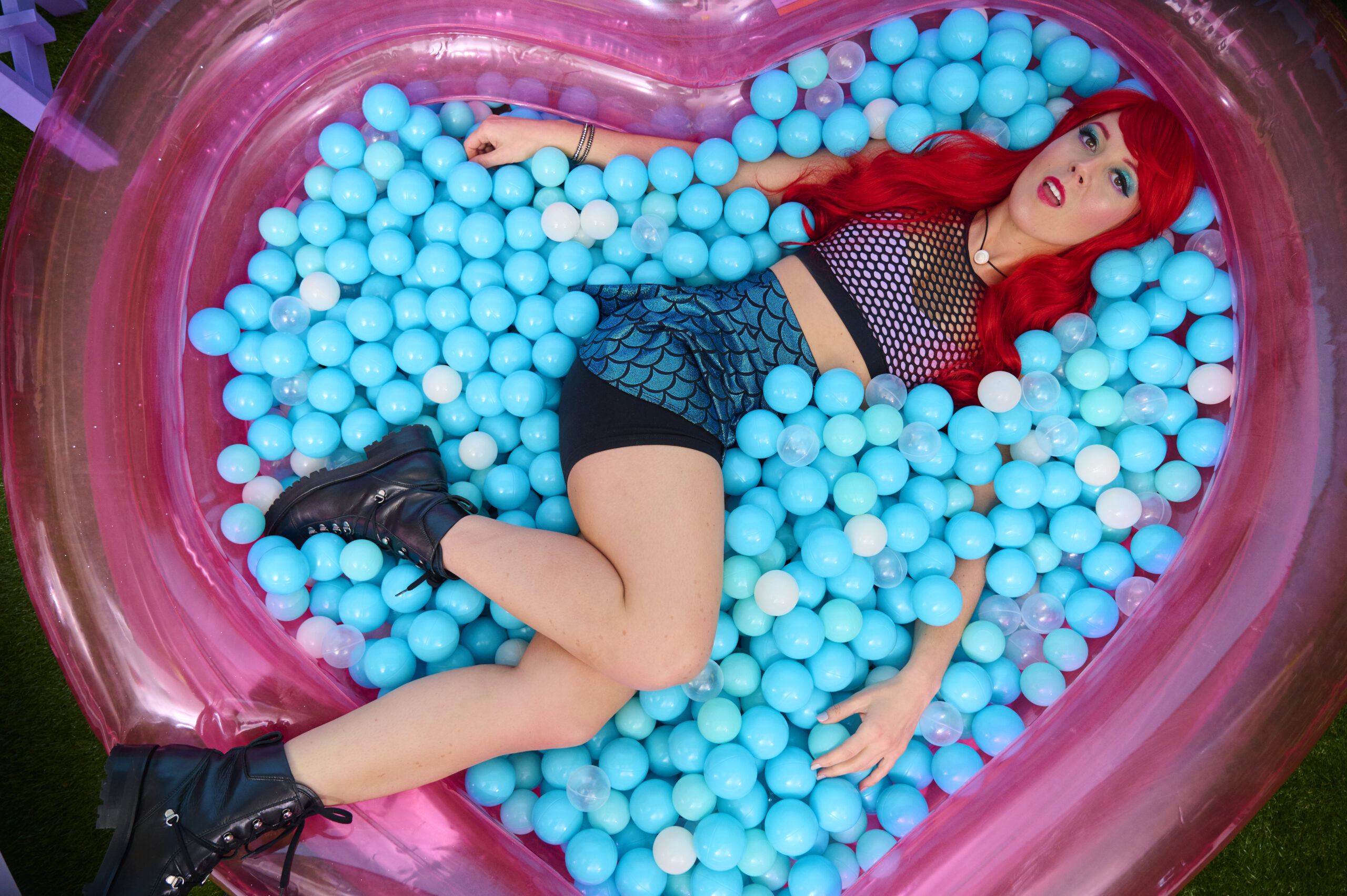 “ ‘Smile, It’s Over :)’ ” is our swan song for everyone who’s ever raged against corporate America,” Anne says.  “It was written to honor this transition of mine, to give voice to that inner celebration we all do, no matter how much we’ll miss the people or places or projects we inevitably say farewell to.”

Guitarist Joseph Lewczak further adds, “This song was such a fun collaboration with our friends Kayleigh (Torok) and Clifton (Jennings).  We wanted to flip the niceties of the standard work goodbye email on their head and say what everyone really wants to say but never does.”

The music video is a vibrant collage of scenes featuring the duo, with Anne transforming into a mermaid who is living it up in a “pity pool” of her former co-workers’ platitudes, finally having found her own voice.

“It was pure joy to be surrounded by bright colors, wearing fun wigs, jumping around to our song, after over twelve years of stifling office culture,” Anne says of the video shoot, produced by Jaclyn Amor.  “This visual represents my artistic, creative side breaking through at long last.”

Only Bricks released five singles in 2021, including a single and video for their song “Big Girl Shoes”, which received tremendous praise, garnering media attention in Earmilk, Popwrapped, 1stDayFresh, among many others.  Earmilk called the song “[an] intense . . . bubbly track” and the video “fun yet impactful.” 1st Day Fresh found it to be “an empowering and inspiring message on the fight for women’s equality wrapped up in [the duo’s] signature upbeat, playful, and clever pop style” while the video, directed and produced by an all female and non-binary crew delivered “shimmering visuals.”

Becoming a Millionaire is Everyone’s Dream

Researchers are endeavoring to make the International Space Station’s washroom…