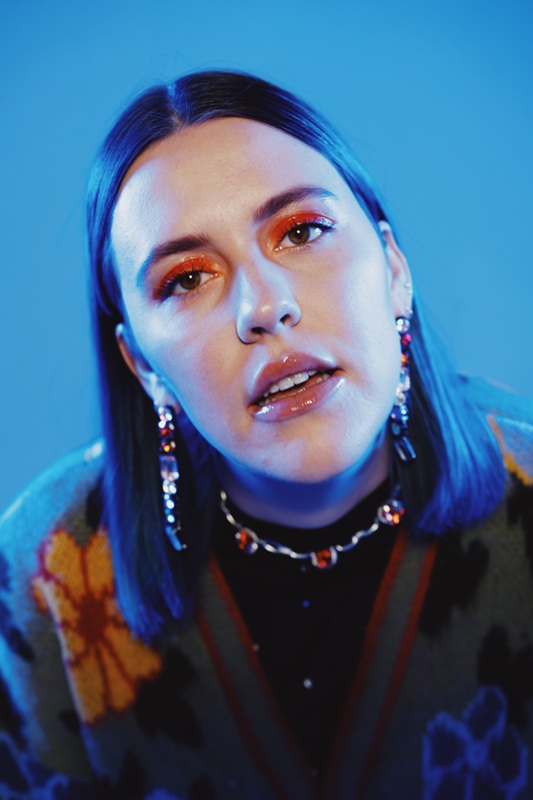 Today, Love You Later — the project of Nashville-based artist and songwriter Lexi Aviles — is back with the official music video for her new single, “Keepintouch.”

After making waves with the track on TikTok this past month, Love You Later released “Keepintouch” on all streaming platforms on March 18th. The addictive alt-pop gem has already been added to top Spotify playlists like Indie Pop and New Pop Picks, and has caught the attention of tastemakers like MTV, Ones To Watch and Sweety High.

For the “Keepintouch” music video, Love You Later worked with director Chase Denton to create a colorful and captivating visual counterpart. “When writing ‘Keepintouch’ I was developing a vision of colors, moods, and themes I want to communicate in the visuals for this release,” Love You Later says. “My hope was to encapsulate the feeling of longing to not feel so distant from myself or from everyone around me by using visual representations of isolation, space, meditation, and symbolic auras. I knew Chase and his team would be the perfect people to bring my vision to life.”

Love You Later is the solo alt-pop project of Nashville-based artist Lexi Aviles. Pairing electric melodies and honest lyrics with shimmery guitar riffs and euphoric synths, Love You Later’s music makes you feel like you’re in a dream. Over the past few years, the 23-year-old artist has opened for OneRepublic, Dayglow, and Briston Maroney, attended SXSW as an official artist and, last year, she sold out Nashville’s EXIT/IN. With attention pouring in from tastemakers like LADYGUNN, EUPHORIA, The Line of Best Fit, FLAUNT, American Songwriter and more, Love You Later is an artist to keep on your radar.