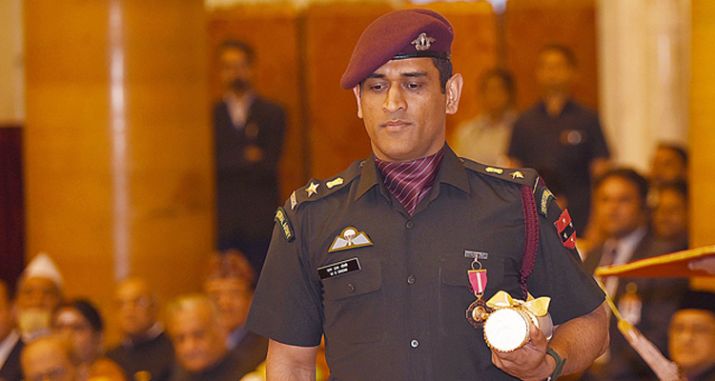 MS Dhoni, who is currently serving the Parachute Regiment of the Territorial Army at Jammu & Kashmir, is scheduled to travel to Leh on August 10, where he will remain till August 15.

Also, the 38-years-old former India Captain has been appointed as the brand ambassador of the Indian Army by a senior Army Official.

In a statement senior army official said, “Dhoni is a brand ambassador of the Indian Army. He has engaged in motivating members of his unit and has often been playing football and volleyball with the soldiers. He is also undertaking battle training exercises with the corps. He will remain in the valley till August 15.”

According to sources, Dhoni is scheduled to travel along with his regiment to Leh on August 10, where he is likely to unfurl the tri-colour on the occasion of Independence Day.

At present the Indian wicketkeeper is stationed in Khrew in the Pulwama district of Jammu & Kashmir, along with members of his Territorial Army battalion.