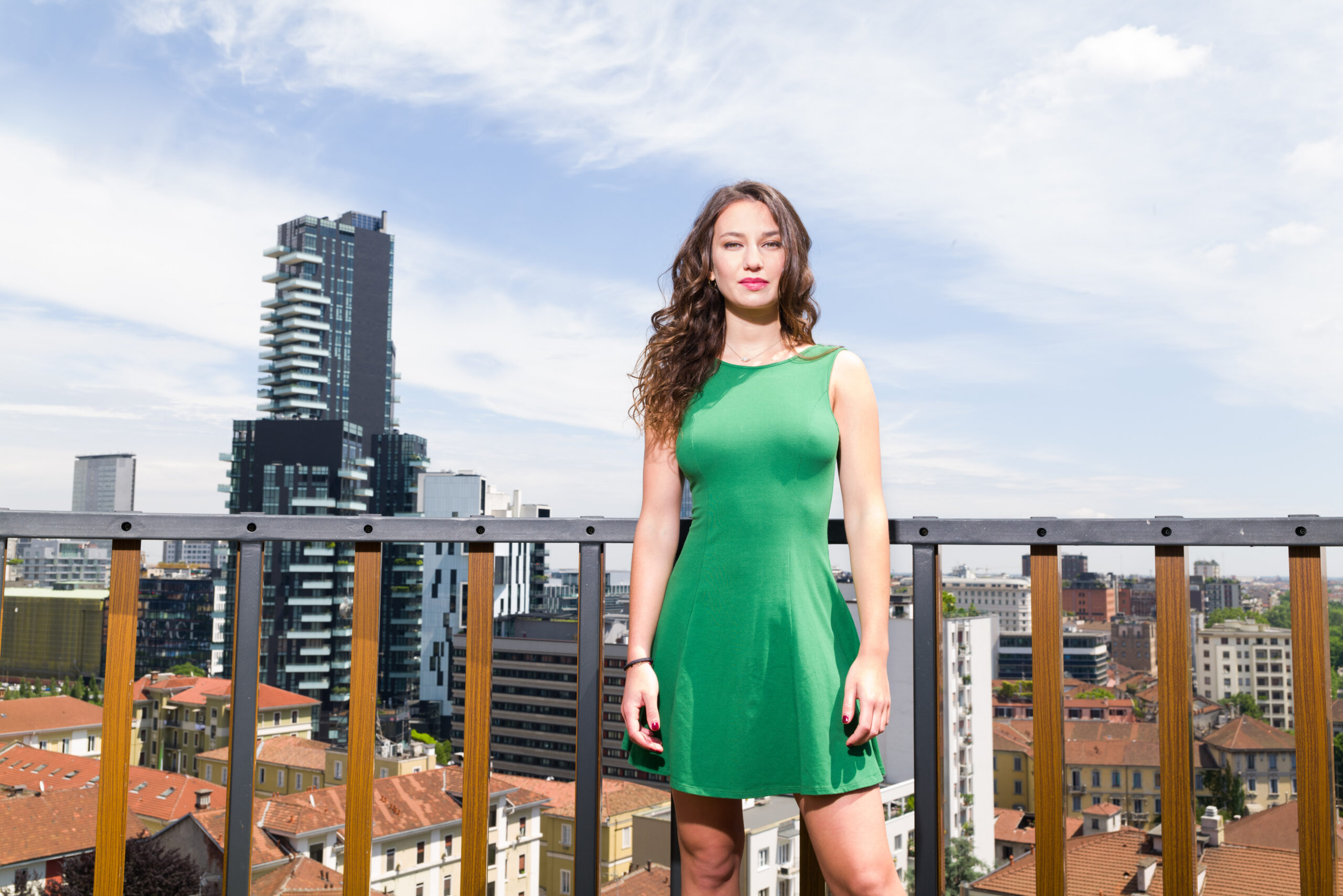 Marie Solimena – A Star In The Making

Marie Solimena is a young Genoese actress who is a star in the making. From starting at the age of 8 when she decided to become an actress after watching ‘The Wizard of Oz’ to this date, Marie has years of experience in The industry. She has an extensive background in acting through studying in the best acting schools, such as the New York Film Academy in Manhattan and Los Angeles. Recently, Marie was interviewed for the ‘F’ magazine by Cairo Editore. It was their page, a lengthy interview in which she opened up about her struggles and hardships faced in the industry. She stated: ” I wake up at sunrise to do background work, spend my days on websites to look for castings, and nights at parties to meet the right people. I dream about meeting famous people. However, they spent their days hidden in their mansions. I have seen Leonardo DiCaprio only once while walking out of a restaurant”. She also revealed about her exciting upcoming projects.

Fernando Belmar is a Chilean filmmaker who moved to Los Angeles in 2018 to pursue her dream of becoming a film director. She has written and directed multiple films based on social issues and human struggles, mainly focusing on women. She wants to make art that portrays the natural world and leaves a powerful impact on society. One of her notable works is the short film “Gritalo” that she directed. The story is about sexual abuse, which thousands of women have faced and can relate to. The film was made to strengthen women and inspire them to speak up for themselves. Women who are victims of sexual abuse are shunned by society, which silences them from speaking up about such things. Films like this are a way to they’ll them they are not alone and are supported by thousands of women worldwide. In the film, Marie Solimena was portraying a girl sexually abused by her boyfriend and felt like all of her thoughts were occupied, and the only way she could free herself was by speaking up. The movie had its screening in Hollywood, Los Angeles.

The performance of the actors in the film was phenomenal. Marie Solimena played her role as a victim of sexual abuse perfectly. She was able to express the feelings, struggles, and suffering of a victim of sexual abuse in a way that as an audience member who is a woman, one could feel the pain and emotions through the screen. Marie was able to capture the horrors and agony of sexual abuse that the victims suffer. What is it like when you keep it in, and how does it start to eat you up inside? All of these feelings were conveyed through the screen and every audience member could feel the pain and sympathize with her. Marie’s expressions, body language, and speech embodied a sexual abuse victim truthfully and brought authenticity to the film which makes it relatable to women who are victims of sexual abuse and this film will hopefully inspire and strengthen them to speak up about it.

On the other hand, the actor also played the role very well. He was able to play a malicious role and make the audience feel a sting of hatred for him. His expression, body language, and speech perfectly matched the role of an evil, sadistic person.