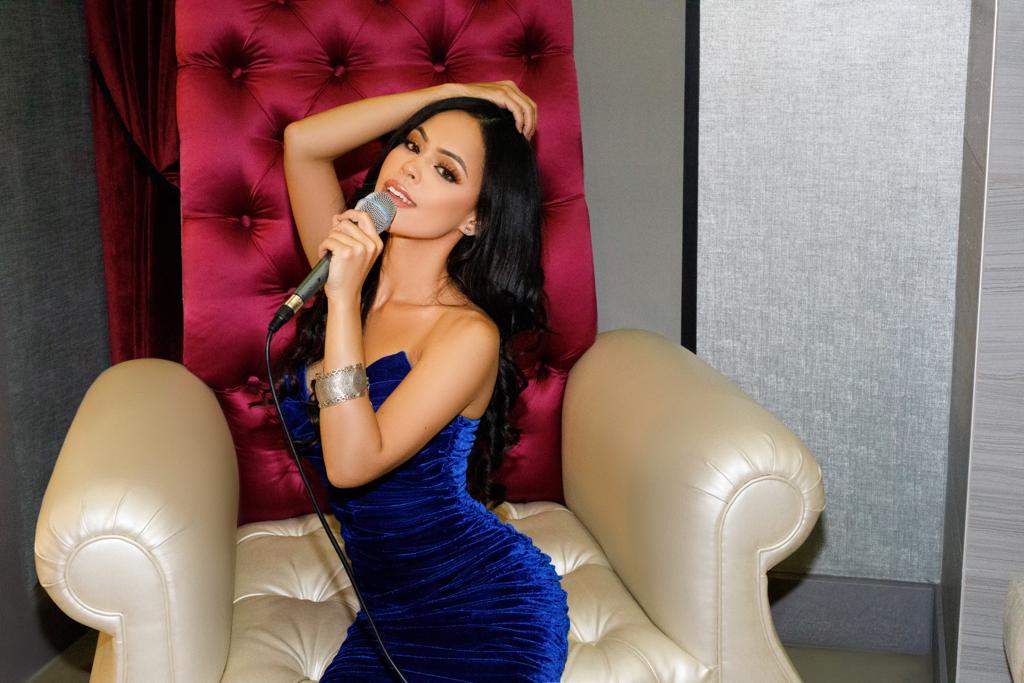 MECCA back on the scene in L.A. singing at Delilah’s Jazz Night”

When first hearing Mecca’s voice I did not expect her to be so petite because of her powerhouse voice. She recently performed “Jazz Night” at Delilah’s in Los Angeles in a packed venue of L.A.’s elite crowd. The venue and Mecca both have a roaring 1920’s sexy vibe. Delilah’s intention of Sunday “Jazz Night” is to bring a modern approach to the vibes of the roaring 20’s with American cuisine and Art Deco characteristics.  Mecca was a childhood star in the music industry and then she took some time off to find “her voice”. She is back now and better than ever with an official residency at The Shag Room, Virgin Hotels in Las Vegas, NV which started this September. She consistently performs on stage at the Las Vegas Delilah, the Wynn Hotel, this venue is one of the most sought-after reservations in Las Vegas.

Mecca steps on stage and she is a force to be reckoned with, an exceptional singer & performer with a diverse musical background. She is a unique and perfect blend of R&B, Soul, Jazz, & Pop. Mecca has graced noble stages across the globe such as The Royal Albert Hall, London Palladium, Bush Hall, The Orpheum Theatre, and Delilah. She has been featureed in headlining shows in Las Vegas such as Matt Goss, Pussycat Dolls, and Fantasy. Mecca is currently performing weekly at Delilah inside the Wynn Hotel. She will be headlining her first official residency at the Shag Room inside the Virgin Hotel starting September 17th, 2022. Mecca is a creative soul constantly evolving and exploring different avenues of creative expression. She has a core belief that creative expression is human nature in action.

Before the end of 2022 Mecca will be releasing her single called “Stars and Moons”. A song she wrote on her ukulele and collaborated with her team Misty Park to produce/arrange. The ukulele is her favorite instrument and she finds inspiration for her music lyrics when she plays. This song is about “Twin Flame Love” her team collaborated with her to create a powerful arrangement for this single, inside Hollywood is eagerly anticipating the release of “Stars and Moons”.

To connect with MECCA, visit her on Instagram @meccamusiclive, Linktr and virginhotelslv.com

The ’40 mighty mice’ that went to space could help protect…