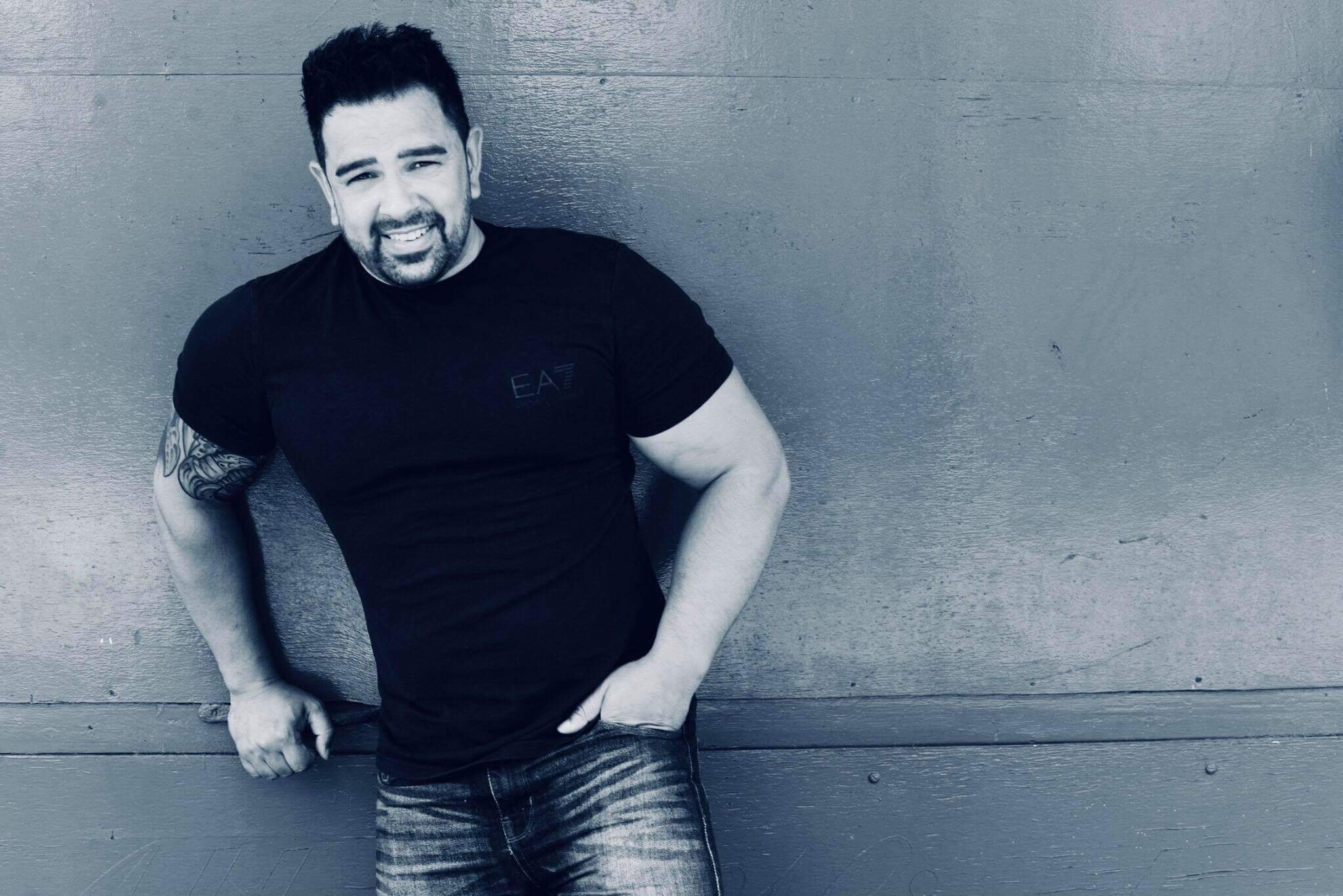 Andy Horner, has battled with his mental health from being a child, adopted at 6 weeks old, And says “My brother is also adopted, my memories from growing up were rejection and resentment, I was seen as a shy child when really I was suffering with severe anxiety, back in the 80s most people like me were seen as naughty or disobedient if you didn’t join in socially or do things that you were actually uncomfortable doing.

I don’t really remember primary school although I remember being on my own at playtime mostly round the dinner lady where I felt safe. Because I didn’t really interact with people I made very little friends, in fact I only had one friend, a girl who was a bit like me who would come to my birthday parties. I still remember her name it was Julie, I was only about 5 years old. I remember my mum setting the table thinking lots of friends would arrive but in reality only my friend Julie came. I made excuses to my mum saying the others couldn’t make it. This went on every year until I was about 8 or 10. I played on my own all that time, I created an imaginary friend who I often talked to just to give me company and I knew that it couldn’t hurt me or reject me.

I then left that school and took an exam to get into private school, I failed twice, my brother passed. My parents then put me into a different private school where I didn’t need to pass an exam. My parents paid a lot of money per term for me to go there. I only excelled in sport this made me a few friends as I would often come first in races, education however was a different story, I didn’t learn anything as I was too busy focusing on my anxiety, I remember on several occasions urinating my pants whilst in lesson because I was too frightened to put my hand up and ask to go to the toilet. I then spent the whole lesson praying nobody noticed. When the bell would ring I would go straight to the toilet and clean myself best I could.

I still remember one occasion when I was picked out of class to say the two times table in front of the whole class, I was so anxious that I couldn’t even get past 2 x 2. The whole class laughed at me and I sat back down.
I dreaded parents evenings as I knew it wouldn’t be good, my parents had high expectations of me and when the teachers would say my learning was poor and I didn’t pay attention in lesson that had a huge impact on me and my self esteem. My brother however was flying high in learning and marks.

Eventually a meeting was called at the school and the teachers told my parents that I had fallen so far behind everyone else that they would feel like they would be stealing money from me if I stayed in that school. I was pulled out and yet again I had failed.

We then moved about 30 miles away, my brother stayed in private school, I was now in a public school, the friends that I had built up which were very few had gone and I was back on my own again, I remember my first day at middle school, my mum took me and had a quick chat with the teachers and told them that I was shy and didn’t make many friends. The school decided to put me with two other boys to kind of look after me. I felt like a burden to them, we didn’t really get on, I didn’t see much empathy in them, I drifted away and started to dread going to school. The teacher always seem to pick out the quiet ones to answer questions, i dreaded a similar repeat to the two times table.

Eventually this led to me telling my parents that I didn’t want to go to school anymore, I was told “You are going!” This led to more resentment and I barricaded my room at night so they wouldn’t be able to get in.
Often my room would be bashed in and I was taken to school. It got to the stage where the bedroom door would no longer close so I would set my alarm before my parents got up and lock myself in the bathroom and escape out of the window. We had a wooded area at the back of the house and I would hide there. I remember the neighbours had two Alsatian dogs and asked my parents if they wanted them to set the dogs on me.

Things got worse and social services were brought in and I was threatened to be put into care if I didn’t go to school. I remember one occasion where I came out of the woods and I was chased by two grown men, these men were waiting for me and little did I know they were social services and were shouting “we are taking you away!” They didn’t catch me as I literally ran for my life!

I would often stay out from 8 in the morning until late at night, it didn’t matter whether it was snowing raining or sunny I was out hiding in the woods. My mum used to take me to school as my dad worked. She would drop me off near the gate and people would laugh because I didn’t go on the bus like the other kids, and my mum brought me to school. I used to go in the front door and escape through the fire exit and hide in the woods. High school wasn’t too bad although I hid in the toilets through break times until the bell went then I went back to class. I did this through most of high school. I made a few friends towards the end of school, sometimes they called for me after school, If their was a knock on the door I would hide in my wardrobe, I used to hear my mum shouting me but I just curled up in a ball and cover myself in blankets until they had gone. I was in all the bottom classes in school and I left school failing all my GCSEs.

From being a child to in my twenties I mostly played on my own.

I got my first proper girlfriend when I was in my 20s, and I started to mix with people a bit more. But I was controlled throughout the relationship which lasted a few years, I was kicked, punched and bitten if I went out with friends. I stopped going out and just had my girlfriend until I ended it. I then jumped straight into another relationship, I felt so insecure I just didn’t want to be on my own. Again this turned controlling. I married and had two children. When we split up the children were poisoned against me and I lost all contact. I again got into another relationship, this was the worst ever, I was abused mentally and physically, and I even tried to take my own life. We had a daughter together and split up a year later, I have since been denied contact due to my depression. My mum died a short time later. I was very close to her.

Andy now campaigns and raises awareness for mental health and has built up over 1 million followers through social media.

After All The Smoke Clears, POP/ Dance/ EDM Artist, Wibby White Still Stands And Has Details Plans To Reemerge…