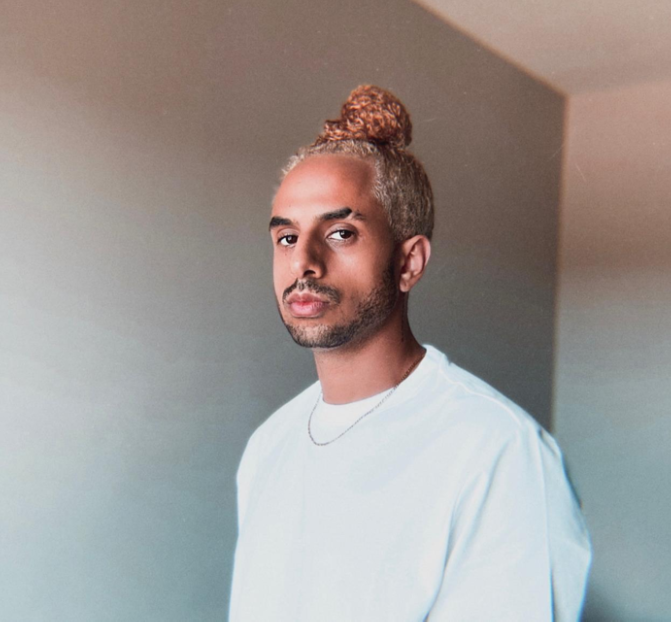 Writer and director Eslam Hozayen is an independent filmmaker graduate from Saint Cloud state university, having spent the second half of his life in Minnesota, Hozayen is a proud Minnesotan who has gone on to show the world what our very own artists are capable of. Eslam started a career in filmmaking only two years ago, he wrote and directed 5 short films and 4 short visuals.

Eslam focuses on mental health and the dark power of the mind and what it can do to one’s day to day activities, yet his most successful work -In a parallel universe- had more of a political approach that brought back lots of backlash and admiration. The film imagines a world where segregation still exists, only this time it’s the other way around. The images displayed were very brutal and “disturbing” as described by a virtual viewer during the Paris Film Festival, which had rewarded Hozayen’s work with a finalist status. The project has gone to win 4 different awards at 4 different international film festivals, two of which were outstanding achievement awards, and the other two were critics’ choice awards.

Eslam has also created a project titled “The devil within us” which also has gone to win many international film festivals’ awards, all listed on the director’s website and Wikitia page. Looking through his social media platforms, Eslam seems to be working on a project titled “Saints” which isn’t very clear what it will be about yet but the promos are definitely jaw dropping. The writer-director seems to gain more and more attention from different international film festivals with every project he creates, Eslam commented to be “humble” as he posted to his Instagram after his successful recent festivals’ run and the awards he received. Hozayen doesn’t seem to slow down with the creativity and is always surprising festivals with one release after another, which has earned him the comment of Altff Canadian film festival’s director as “The muse” of the independent film world.