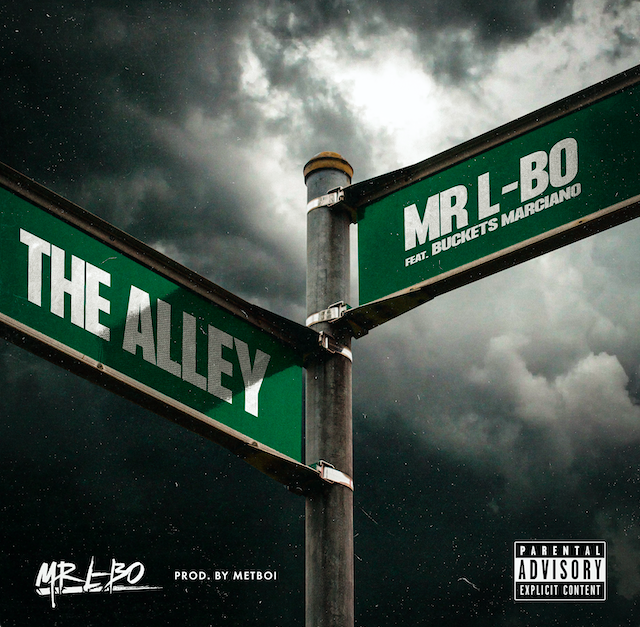 Frequent collaborators Mr L-Bo and Buckets Marciano are back with new Mr L-Bo single “The Alley” released through True Game Entertainment. Classic hip hop fans will be pleased with both lyric heavy and intense beat that “The Alley” is expertly able to combine. With a sound reminiscent of classic hip hop acts such as Mobb Deep, the two-man show holds their own to make “The Alley” an enjoyable listening experience. Buckets Marciano starts off on the track, marking his territory with self-assurance and clever wordplay, and making it clear that his rapping skills remain on top compared to rappers nowadays. “I’d have a platinum album in a different era” and “Everything about my art is facts, last of a dying breed I’m an ancient artifact” prove his point of sticking to the old-school hip hop sound yet still being able to dominate in the modern-day hip hop scene.

Mr L-Bo follows suit and doesn’t hold back his opinion on modern music either, opening with, “I’m too fly for the boom bap and the backpackers and too cool for the new school and the trap rappers,” making his own way through the genre as neither an old person stuck in the 90s (boom bap rap) that can’t keep up with the times; nor a new school person trying to “fit in” with the current trap trends.

In a time where there are significantly less rappers known for their lyricism, Mr L-Bo and Buckets Marciano manage to bring back its charm with their cool demeanor and careful authority of each word perfectly penned on the single.

Don’t miss your chance to be the first to listen to “The Alley” now available on all platforms. Also be sure to keep up to date with information on new releases from Mr L-Bo by following his Instagram @officialmrlbo.